Official: China should focus on blockchain to develop fintech 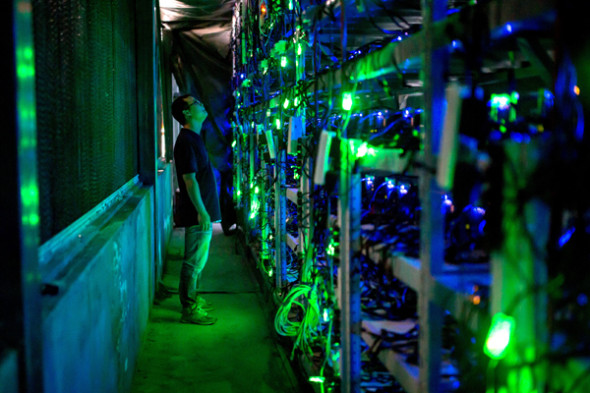 A technician checks mining equipment at a bitcoin mine in Sichuan province. (Photo provided to China Daily)

China must make great efforts to develop core technologies such as blockchain to better serve the real economy and promote healthy development of the overall blockchain market and ecosystem at the same time, said a central bank official on Thursday.

"Conducting deep research on blockchain is the right thing for China to do to develop financial technology, as blockchain is an emerging technology that may become the future financial infrastructure," said Yao Qian, director-general of the Institute of Digital Money at the People's Bank of China.

"At the current stage, a lot of improvements must be made at the technical level for blockchain technology to be used for real business," Yao said.

"Facing the constantly evolving blockchain technology, financial regulators have a tough job ahead, for we should consider making laws, rules and technical standards accordingly to step up regulation and prevent risks," he said at a forum on blockchain applications and investments held by the China Center for Financial Research at Tsinghua University School of Economics and Management.

At the forum on Thursday, Tsinghua SEM announced the launch of its blockchain financial research center.

He Ping, director of the China Center for Financial Research at Tsinghua SEM, said, "Promoting blockchain technology may have a huge impact on the financial system, international trade, payment systems and corporate business models. One of the missions of this forum is to study blockchain-related financial activities to provide insights for productivity improvement and provide information for policymakers and regulators."

In September 2017, China banned trading platforms from cryptocurrency trading and called for a halt to raising funds via initial coin offerings. At the same time, the People's Bank of China was actively preparing for digital fiat currencies ? the digital forms of a sovereign currency that is backed by the central bank. Last year, Yao said the PBOC has successfully designed a prototype that can regulate the supply of its future digital fiat currency.