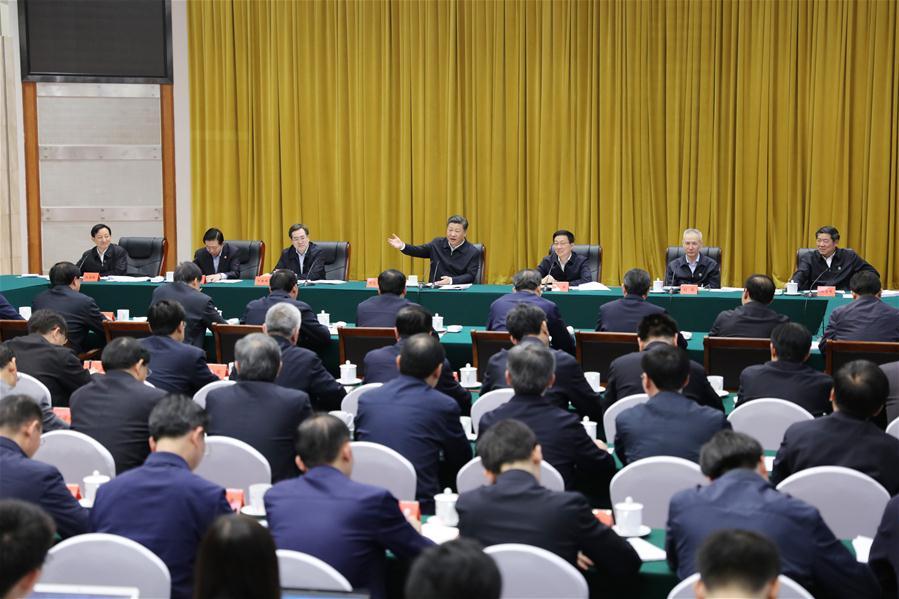 President Xi Jinping, also general secretary of the Communist Party of China Central Committee and chairman of the Central Military Commission, speaks at a symposium on promoting the development of the Yangtze River economic belt in Wuhan, capital of Central China's Hubei Province, April 26, 2018. (Photo/Xinhua)

China's pursuit of technological innovation on its own was made a key point of President Xi Jinping's survey tour of Wuhan in Central China's Hubei province, and he encouraged researchers and developers to "break away from illusion" and fight on their own.

Xi, also general secretary of the Communist Party of China Central Committee, made the call on Thursday morning while visiting leading technological enterprises. He also toured and researched areas along the Yangtze River from Tuesday to Wednesday, Xinhua News Agency reported.

Wuhan, with the river running through its downtown area, hosts a number of leading universities, State-level science labs and technological research centers.

The two companies that Xi visited are in Wuhan's Donghu High-Tech Development Zone, known as the "Optical Valley of China".