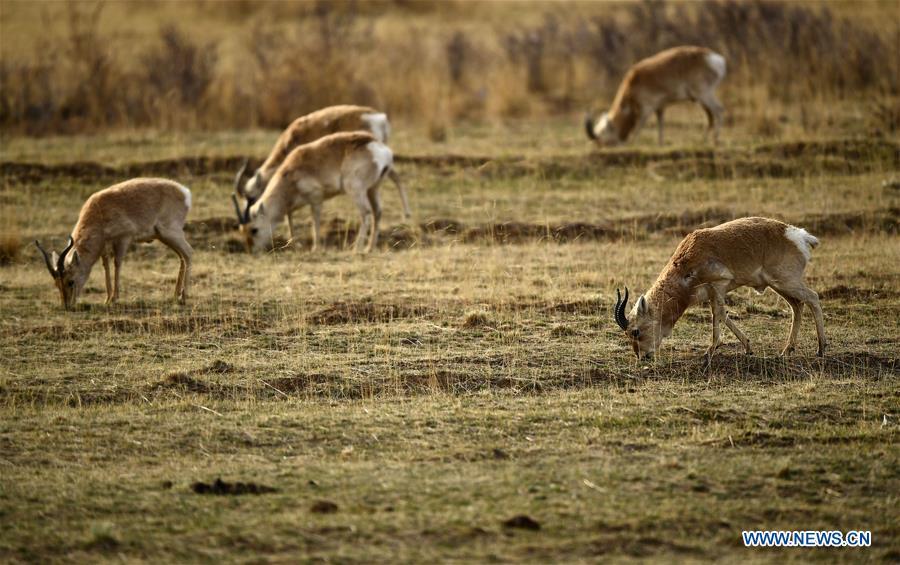 Procapra Przewalskiis are seen in Haibei Tibetan Autonomous Prefecture, northwest China's Qinghai Province, April 26, 2018. The number of Procapra Przewalskii, an antelope species being listed as endangered, has increased to a record high of 2,057 in the latest survey. Przewalski's gazelle was named after Nikolai Mikhaylovich Przhevalsky, a Russian explorer who found a specimen and brought it back to St. Petersburg in 1875. A typical Procapra Przewalskii is 110 to 120 centimeters long and weighing about 15 kilograms. The long-horn animal with a short tail was described as a "ballet dancer" on plateau by Przhevalsky because it jumps in a beautiful curve. (Xinhua/Zhang Hongxiang)