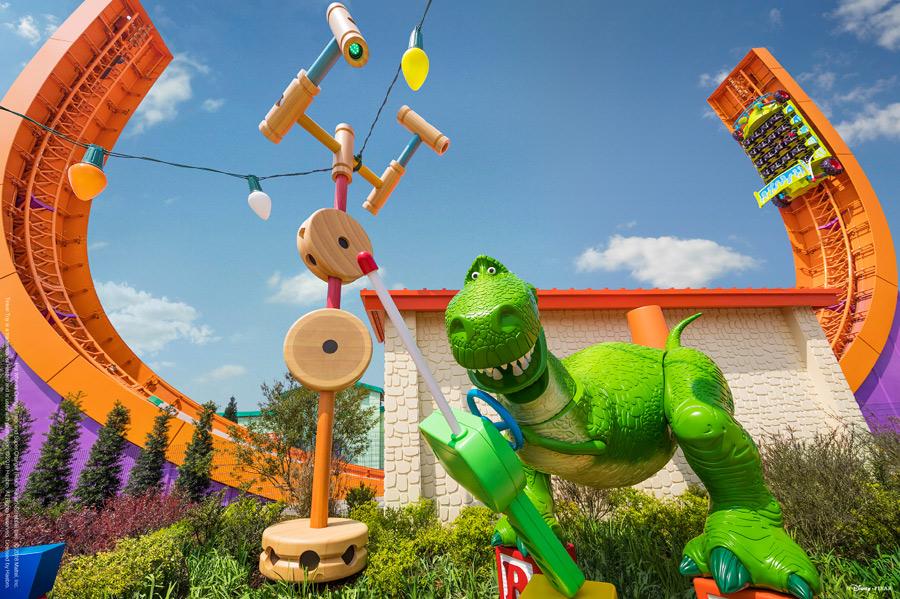 Shanghai Disney Resort celebrated a major milestone on Thursday with the opening of Disney Pixar Toy Story Land, the seventh themed land and the first major expansion of Shanghai Disneyland since it debuted in June 2016. The immersive land is designed to make guests feel being shrunk down to the size of their favorite Toy Story toys in the backyard of Andy, the boy from the movie. The land features three new attractions ¨C Slinky Dog Spin, Rex's Racer, and Woody's Roundup ¨C as well as a themed character greeting area, a boutique shop and a restaurant.