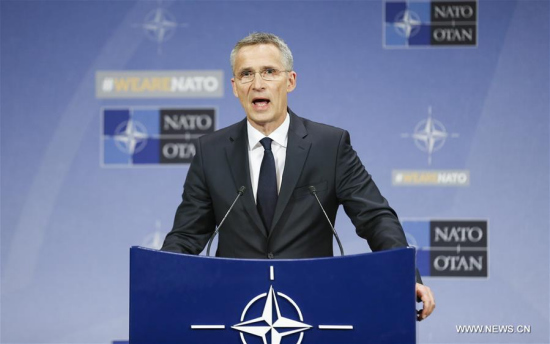 Speaking at the press conference following their meeting, Stoltenberg said ministers discussed the implications of Russia's foreign and defense policies and NATO's relations with Russia.

"We need to further strengthen our resilience. At the same time, NATO remains committed to dialogue with Russia," he said.

Stoltenberg added the two sides continue to work towards the next meeting of the NATO-Russia Council.

Ministers also made decisions in preparations to launch a new training mission in Iraq, due to be launched at the summit in July.

The mission will include several hundred personnel, who will train Iraqi instructors and develop Iraqi military schools.