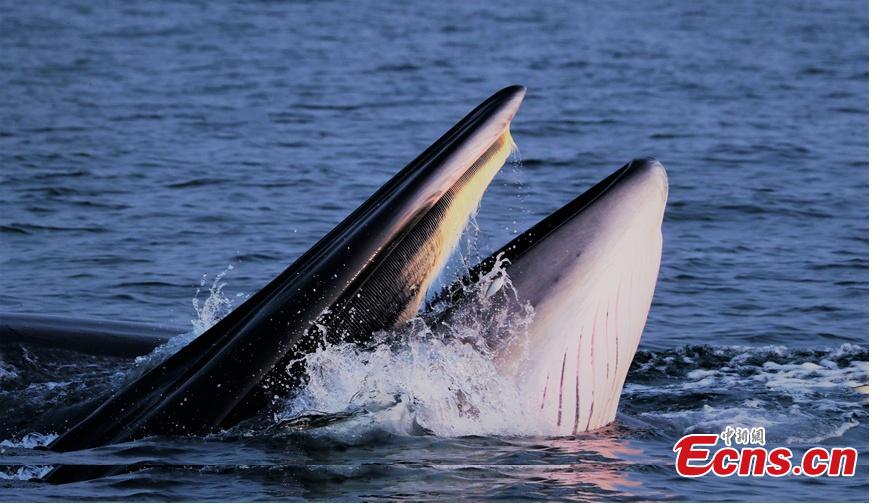 Scientists have confirmed that a pod of large whales spotted off Weizhou Island in the Beibu Gulf in south China's Guangxi Zhuang Autonomous Region is the first to be found living inshore near the Chinese mainland, according to a press conference held by the city government of Beihai after a month-long joint survey at sea. Since March, residents and tourists on Weizhou Island have seen whales on multiple occasions. The whales have since been identified as a pod of Bryde's whales, with the largest 12 meters long. (Photo: China News Service/Chen Bingyao)