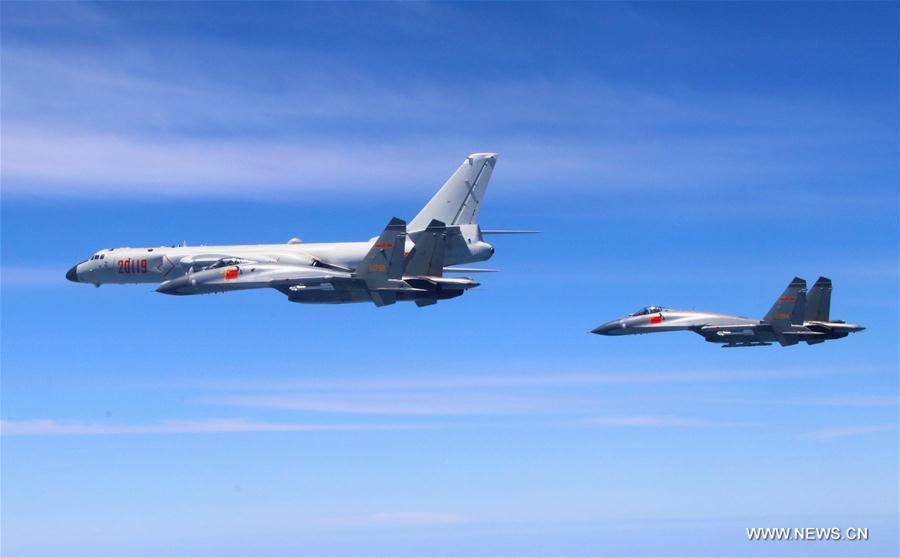 A Chinese People's Liberation Army (PLA) air force formation conducts island patrols during training on April 26, 2018. The formation was made up of fighters, early warning and surveillance aircraft, and H-6K bombers, which took off from various military airfields. The formation flew over the Miyako Strait and Bashi Channel, completing an island patrol, the subject of the training. (Xinhua/Wu Yuepeng)