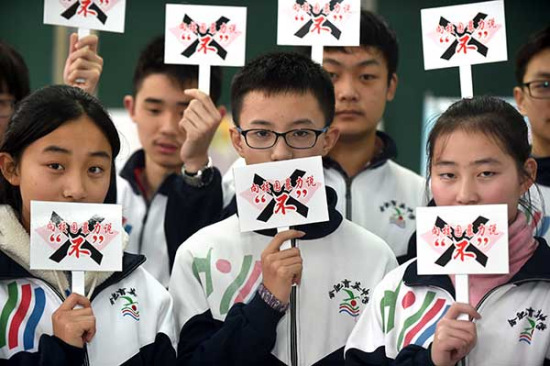 China has launched an anti-bullying campaign aimed at middle and primary schools, according to the Education Supervision Committee of the State Council.

According to the circular on the campaign, education departments should make clear which institutions and personnel are in charge of the campaign, lay down plans to carry out the work and create public information.

Schools should set up anti-bullying commissions, and make clear the specific tasks of teachers and officials, as well as the specific procedures for the early warning, handling and intervention of campus bullying cases.

They should also make clear the specific punishment against different degrees of bullying in their campus rules, the circular reads.

Moreover, schools are asked to launch at least one educational campaign against bullying every semester to promote anti-bullying knowledge and skills, with surveys conducted to spot any signs of bullying or ongoing bullying.

The office of the Education Supervision Committee of the State Council will supervise the campaign, record the bullying cases in different regions and publicize them on a bi-monthly basis.

An overall assessment and summary of the campaign will be released in late November, after which an assessment report on the anti-bullying campaign under the country's supervision and guidance will be generated.