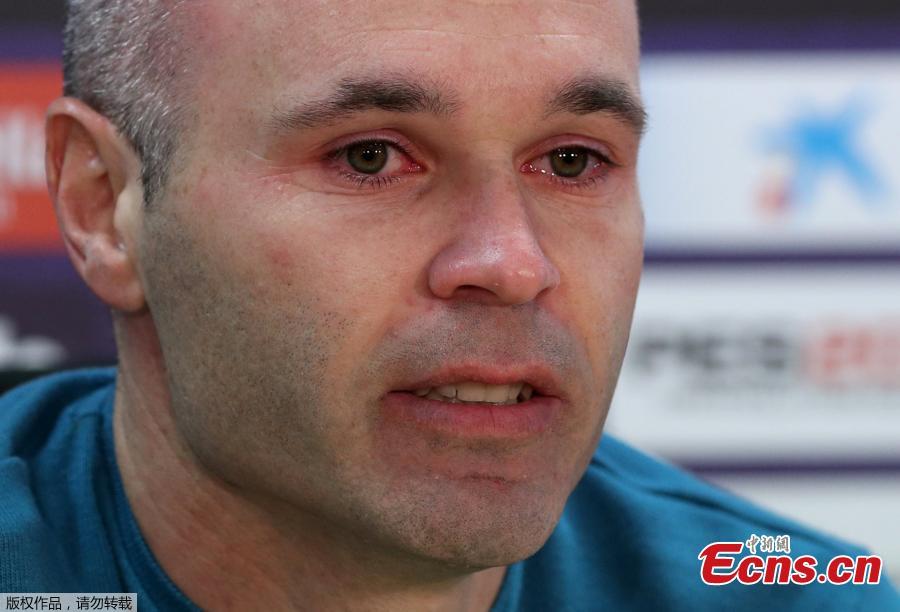 FC Barcelona's Andres Iniesta attends the press conference in Barcelona, Spain, April 27, 2018. Iniesta announced in an emotional news conference he is leaving the La Liga club at the end of this season after 16 trophy-filled years pulling the strings at the heart of their midfield. (Photo/Agencies)