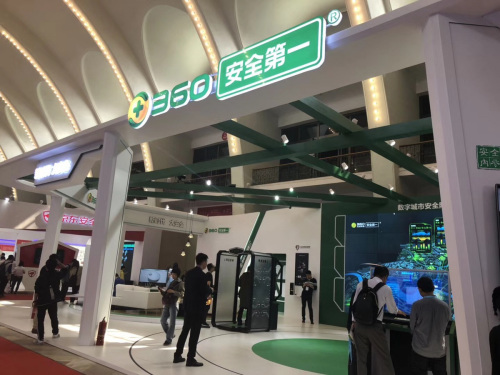 A surge of internet attacks across the world has highlighted the role of cybersecurity.

In May last year, the WannaCry ransomware virus reportedly affected hundreds of thousands of computers in more than 150 countries and regions, including China.

With threats like this on the horizon, Qi Xiangdong, chairman of 360 Enterprise Security Group, a leading Chinese network security company, said Thursday at a network security seminar in Beijing that key information infrastructure has now become the main battlefield to fight cybersecurity wars.

"The traditional firewall-type security defense system is out of date, and a new cybersecurity system is growing," Qi added. "The new system will be driven by data analysis, threat intelligence and cybersecurity talent."

Specifically, there are three main aspects of the new system. First, determine the cyberattack behavior through threat intelligence. Second, establish the behavioral baseline via machine learning. Third, alert the suspicious behavior beyond the baseline.

Wu Yunkun, president of 360 Enterprise Security Group, said increasing cyberattacks and cybercrimes will put at risk not only personal details but also reams of company and government data. To combat the threat, a growing army of professionals will have to be recruited.

"We will see more opportunities in the cybersecurity sector in the near future," Wu said. "There will be a need for more professionals in the industry. And China will have to increase its spending to combat internet crimes and attacks."

The country spends less than 1 percent of total information technology-related investments on cybersecurity. In the United States, the amount is 15 percent while in Europe it is 10 percent.

"Entering a new era of big data, cybersecurity will become as important as money, and online data will become a key target for criminals and hackers," Qi said.

The company claimed it has provided network security products and services to 90 percent of ministries and commissions, 72 percent of central enterprises, 100 percent of large banks, as well as millions of small and medium-sized enterprises.