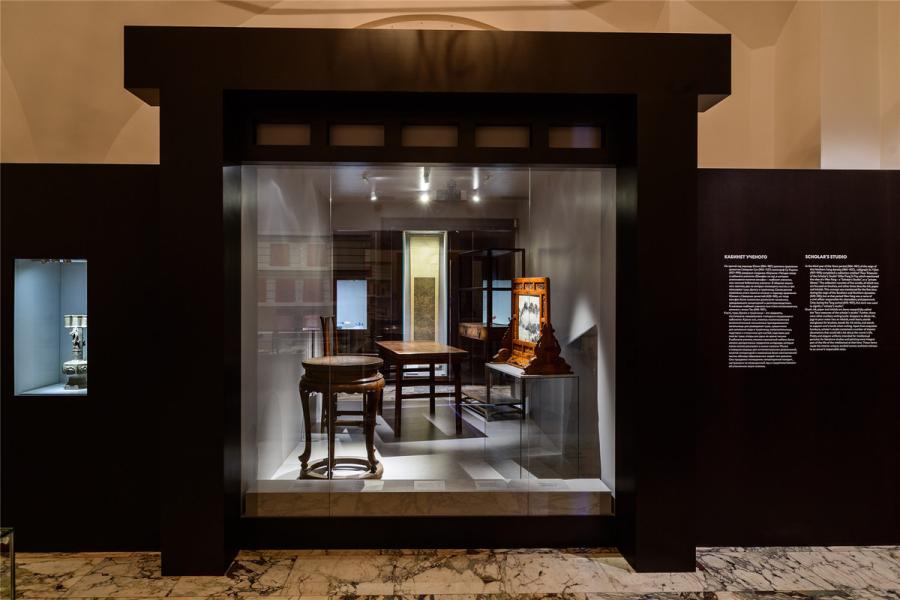 “Ming Dynasty: The Radiance of Knowledge” exhibition kicks off earlier this month at the Moscow Kremlin Museums. (Photo provided by the Shanghai Museum)

Relics from China's Ming Dynasty (1368-1644) are being showcased at the Moscow Kremlin Museums, the first time that collections from the Shanghai Museum are presented in the Russian institute.

The exhibition, called "Ming Dynasty: The Radiance of Knowledge", kicked off earlier this month and features artifacts from a time when interest in art, literature and music was at a high in ancient China.

The exhibition will go on at the Assumption Belfry, an exhibition hall in the Patriarch's Palace in the Moscow Kremlin Museums, till July 25.

The opening ceremony was attended by Olga Golodets, vice prime minister of Russia, Sergei Ivanov, special representative of the President of Russia on the issues of environmental activities, environment and transportation, Li Hui, the Chinese ambassador to Russia, and Zhu Cheng, deputy Party secretary of the Shanghai Museum.

"The Moscow Kremlin Museums receives 2.7 million visitors every year, 1.7 million of whom are from China," Ivanov said at the opening.

The exhibition showcases 156 artifacts, including items unearthed from the Shanghai region, as well as fine ceramic ware, lacquer, furniture and paintings, presenting all aspects of the lifestyle of literati and aristocrats in the Ming Dynasty.