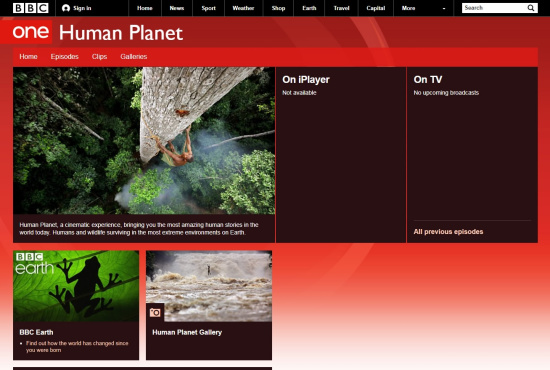 The Human Planet page on BBC One /Screenshot‍

The BBC has decided to take down its highly rated documentary series, Human Planet, after a second scene was found breaching its editorial guidelines.

In the first episode of the 2011 series, called “Oceans ? Into the Blue,” a scene which supposedly reflects a Lamaleran whaling hunt is considered to be an inaccurate portrayal of one man's role.

“On review, the BBC does not consider that the portrayal of his role is accurate, although the sequence does reflect how they hunt whales,” the corporation said.

However, it is not the first time that the series has been slammed by faked scenes. Earlier this month, a scene in the eight-part documentary showing tribal people living in treehouses was reportedly staged by the program’s producers.

The Guardian cited a BBC statement as saying, “Since this program was broadcast in 2011, we have strengthened our training for the BBC’s Natural History Unit in editorial guidelines, standards and values.”

Since the two-time fakery was exposed, netizens have flooded social media with criticism.

“Lol. Manipulating the news is nothing new to the BBC. The old rules [were] ignored as the new ones will be too,” Mike Barr commented on Twitter.

“In hindsight if you have watched the episode. It does all look a bit ridiculous,” Wild in Devon posted.

First aired in 2011, the highly rated series has eight episodes in total on different nature themes, including oceans, deserts, the Arctic, jungles, mountains, grasslands, rivers and cities, each of which runs around 60 minutes. Since its premiere, the documentary has been repeatedly aired within the UK and around 22 international markets, including China.