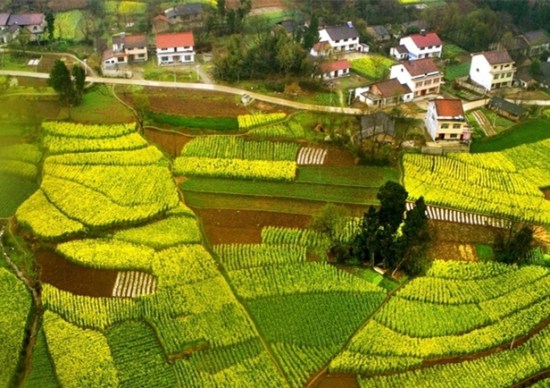 An American team of scientists suggested people in wheat-growing northern China are more individualistic than those in rice-growing southern China.

A study published on Wednesday in the journal Science Advances has shown that people in northern China are tempting to sit alone or actively move chairs that blocked their way in cafes while those in southern China show more interdependent behaviors, like sitting in groups or squeezing themselves through narrowly placed chairs, though many of them aren't involved in farming at all.

The authors said these behavioral differences among customers was providing the first evidence that historical rice versus wheat cultural differences extend into modern life.

It seems to challenge the modernization theory of culture, which suggests that as countries become wealthy, modernized, and urbanized, people in those cultures become more individualistic and more Western.

According to authors, people's farming legacies seemed more important than factors like wealth, in explaining their everyday behavior.

Rice farmers often shared labor and coordinated irrigation, which likely resulted in an interdependent culture, something not common in wheat-growing regions, where farmers were more individualistic.

To evaluate whether behaviors indicative of rice versus wheat cultures persist in culture today, Thomas Talhelm, assistant professor of Behavioral Science University of Chicago Booth School of Business and his colleagues observed customers in Starbucks in six modern Chinese cities, including in Hong Kong.

They first counted the number of people sitting alone in each cafe, and found that out of the 8,964 people observed across 256 cafes, most customers in rice-growing regions were less likely to sit alone.

Also, the authors placed chairs in aisles to observe how people responded: moving the self to squeeze around the chair, showing a willingness to adjust to their environment, or moving the chair out of the way, in an attempt to control the environment.

A total of 678 people in five cities walked through this "chair experiment" and people in rice-growing regions were less likely to move the chair.

Among other findings, customers in the wealthier cities, more Westernized and thus thought more in-line with wheat-growing cultures, were in fact less individualistic.

According to Talhelm, their study shows evidence of historical cultures as being at the root of meaningful regional differences in people's current behavior in everyday life.