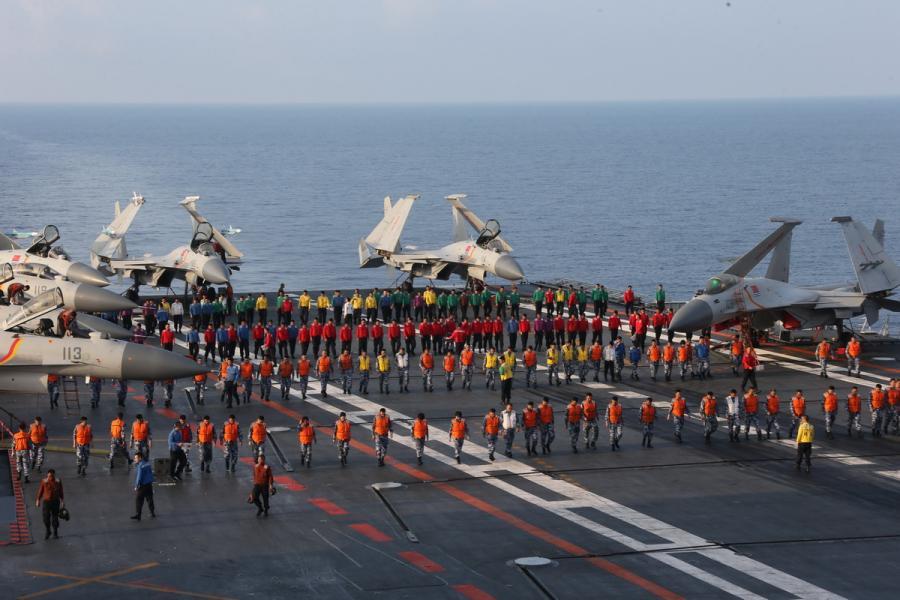 Sailors participate in a Foreign Object Debris (FOD) walk-down on the flight deck aboard the aircraft carrier Liaoning (Hull 16) of the Chinese PLA Navy prior to flight operations in western Pacific. The aircraft carrier Liaoning (Hull 16), several guided-missile destroyers, frigates and dozens of aircraft attached to the Navy of the Chinese People's Liberation Army took part in a combat exercise at an unidentified area east of the Bashi Channel in the western Pacific on Apr. 20. The exercise was a routine arrangement as a part of the PLA Navy's annual training plan. (Photo/eng.chinamil.com.cn)