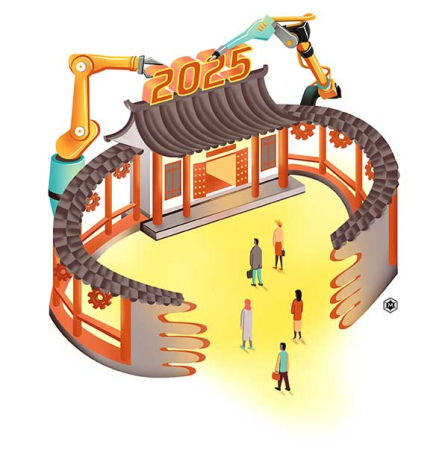 To mark the 40th anniversary of reform and opening-up this year, China has decided to further ease its economic policies, and implement a sweeping reform program for Party and government institutions.

The reform package will provide a strong and forcible organizational guarantee for China to modernize governance, which in turn will help achieve the "Two Centenary Goals".

The latest round of reforms involve more than 80 central government and State organs, as well as institutions directly affiliated to them, which will deal the heaviest blow to vested interests in four decades.

So, given the complicated situation, all involved institutions should strengthen their political integrity and follow the policies of the core leadership. They should learn to distinguish the "gains" from the "losses" both at the departmental and the individual levels, and take concrete actions to maintain the supreme authority of the CPC Central Committee.

The experience of the past four decades show the key to institutional reform is to promote optimization, coordinated development and high efficiency of their functions, and to avoid "integration in appearance but separation in essence".

Under the overall reform framework mapped out by the top authorities, the institutions with the same or similar functions should be restructured, and clear "powers and responsibilities" demarcated so that the functions of different institutions are correctly defined. And after their merger, unified administration of affairs should be carried out to create the necessary time and conditions to help integrate their functions.

This will be particularly important during the early days of the new round of institutional reform, because it will create a favorable environment and better conditions for middle-and late-stage merger or reorganization of different institutions. While evaluating, analyzing and overhauling the intersecting and overlapping of functions of different institutions, a strict performance management and administrative accountability system should be adopted, along with the efforts to promote internal information communication and sharing as a way of breaking the "island of information".

And in the process of merger and reorganization of institutions, practical measures should be taken to reshape organizational culture, including taking measures to play down the culture of former institutions and build a culture of deeper integration for new institutions.

The author，Lai Xianjin，is a researcher at the Party School of the Communist Party of China Central Committee.