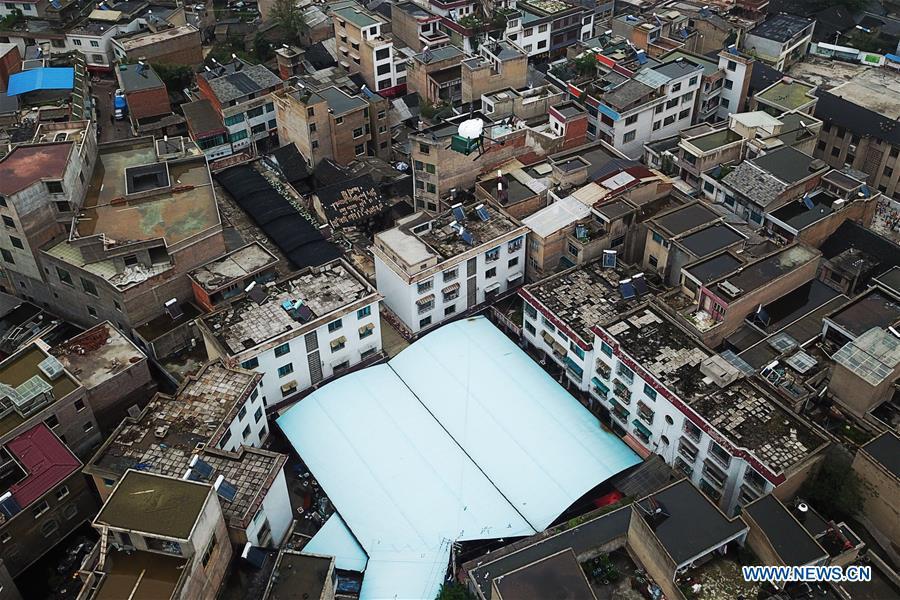 Aerial photo taken on May 10, 2018 shows a drone carried with parcels, taking off from a branch post office in Weicheng Township, Qingzhen City of southwest China's Guizhou Province. Drones are taking on a growing role in logistics, especially in the remote areas of China. Recently, a branch post office in the mountainous region of Guizhou started to deliver small packages with unmanned drones. The over-one-meter-wide drone with six propellers, has successfully transported parcels weighing no more than 5 kilograms, to five faraway villages. Because of it, a delivery used to cost around 2 hours is shortened to a dozen minutes. Both the time and costs were greatly saved. (Xinhua/Liu Xu)