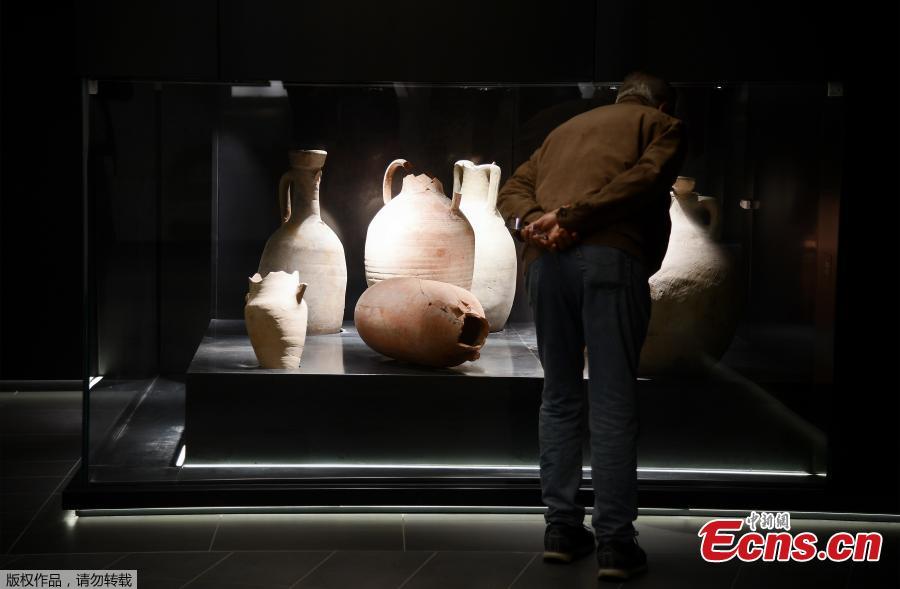 A commuter looks at ancient Roman discoveries on display in the new subway station 'San Giovanni' part of the Line C of subway during its opening to the public in Rome, Italy, May 12, 2018. Artifacts from ancient Roman were found during the excavations for the new station, which lasted about three years. (Photo/Agencies)