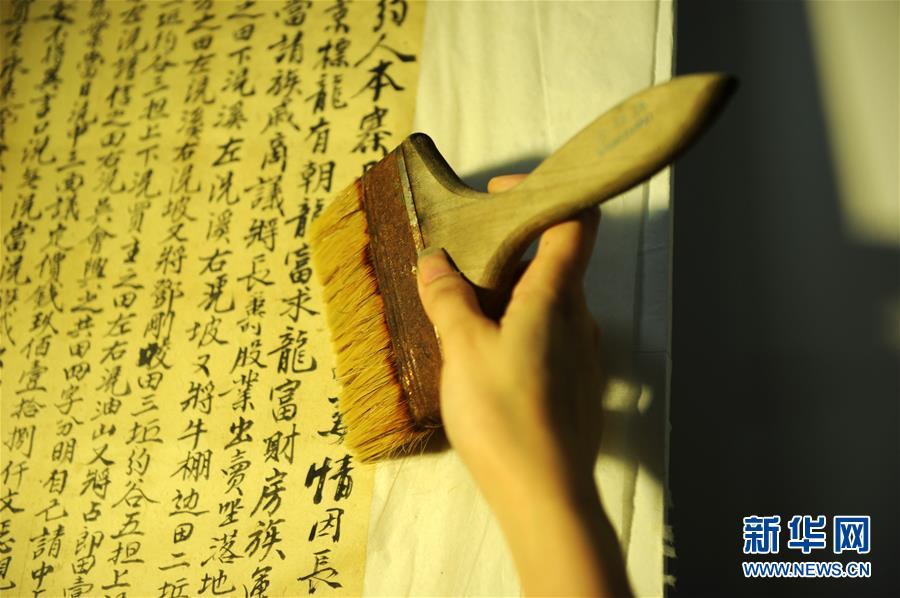 A staff member works on the Jinping Records in Jinping County, Southwest China’s Guizhou Province, May 11, 2018. The Jinping Records are historical literature about Miao and Dong people who lived in Jinping County and along the middle and lower reaches of Qingshui River from the time of Emperor Jiajing in the Ming Dynasty (1368-1644) to the Republic of China (1912-1949). The literature is one of China’s best-preserved, systematic folk files. Some young people born in 1990s have joined in preservation and restoration of Jinping Records since 2016. The county has collected more than 60,000 items for the records. (Photo/Xinhua)