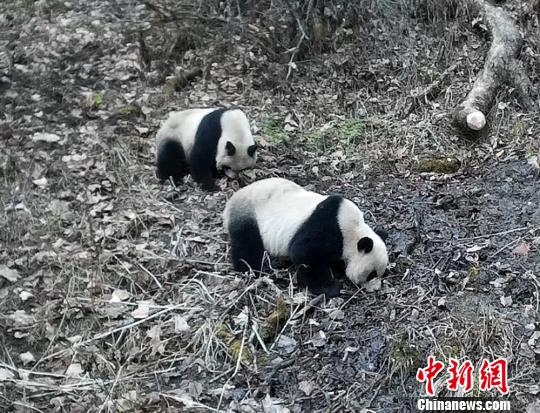 Footage captured from last November to February show at least four mother pandas with their cubs strolling around the reserve in Gansu Province, and the baby pandas were learning basic survival skills including foraging, said authorities at the reserve.

The latest identification of new cubs in the area showed a steadily growing population of wild pandas in the reserve, where footage taken in the first quarter using infrared cameras was being reviewed.

A solitary animal, panda cubs leave their mothers at about 1.5 years old to live alone, but still within the maternity dens until they reach 2.5 years old, according to sources at the reserve.

Baishuijiang is the second largest natural reserve among China’s 55 reserves for giant pandas. The fourth national survey on giant pandas, released in 2015, said there were 110 wild pandas living in the Baishuijiang area.

Researchers also found footage of other endangered species, such as snub-nosed monkeys and takins.