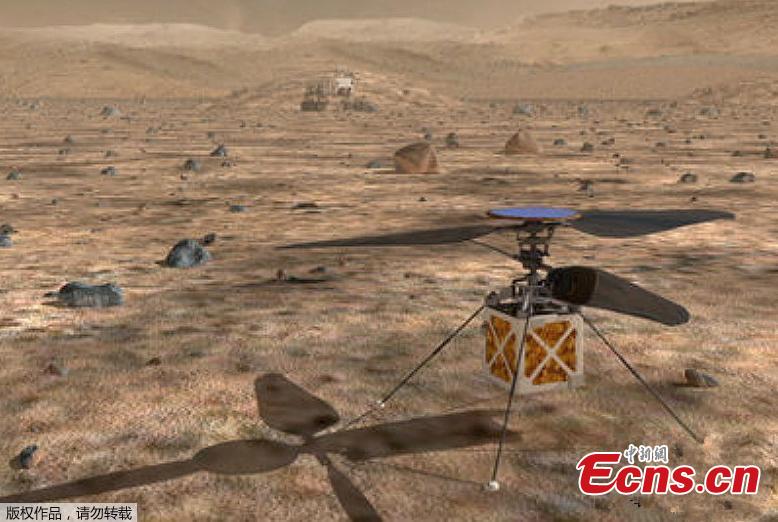 NASA's Mars Helicopter, a small, autonomous rotorcraft, will travel with the agency's Mars 2020 rover, currently scheduled to launch in July 2020, to demonstrate the viability and potential of heavier-than-air vehicles on the Red Planet. The drone weighs 1.8 kilograms and the dual, counter-rotating blades will spin at around 3,000 rpm, roughly 10 times the rate of a regular helicopter. The helicopter contains built-in capabilities needed for operation at Mars, including solar cells to charge its lithium-ion batteries, and a heating mechanism to keep it warm through the cold Martian nights. (Photo/NASA)