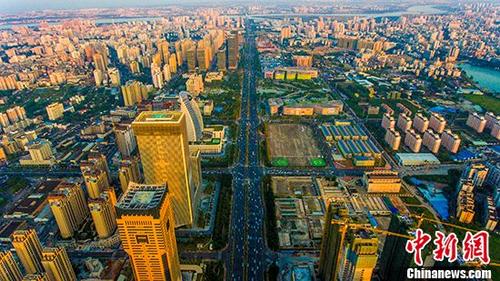 (ECNS) - A research report by China’s top think-tank said on Monday that housing prices in China will see a smooth slowdown this year, following the latest round of market regulation.

The blue paper, jointly issued by the Institute for Urban and Environmental Studies at the Chinese Academy of Social Sciences and the Social Sciences Academic Press, showed an annual nominal growth of 7 percent in real estate investment and a clear drop in growth of sales prices.

Macro controls over the real estate industry have achieved tangible results and development tends to be stable, said the blue paper.

Wang Yeqiang, chief editor of the blue paper, said China's real estate market still suffers from problems, including the lack of a long-term regulation mechanism, negative growth in mortgage loans to individuals, and rising costs for developers to raise funds.

The blue paper also said China's property policy will continue focusing on market stability with due priority given to tightening controls, mainly in first and second-tier cities, and reducing the number of unsold homes in third and fourth-tier cities

This year will mark the real estate market’s low point amid its overall slowdown. House sales will face limits due to credit tightening by domestic banks as well as the central philosophy that “houses are built to be inhabited, not for speculation.”

Wang said investment in the real estate market will remain at a low level and the house price slowdown will be smooth.