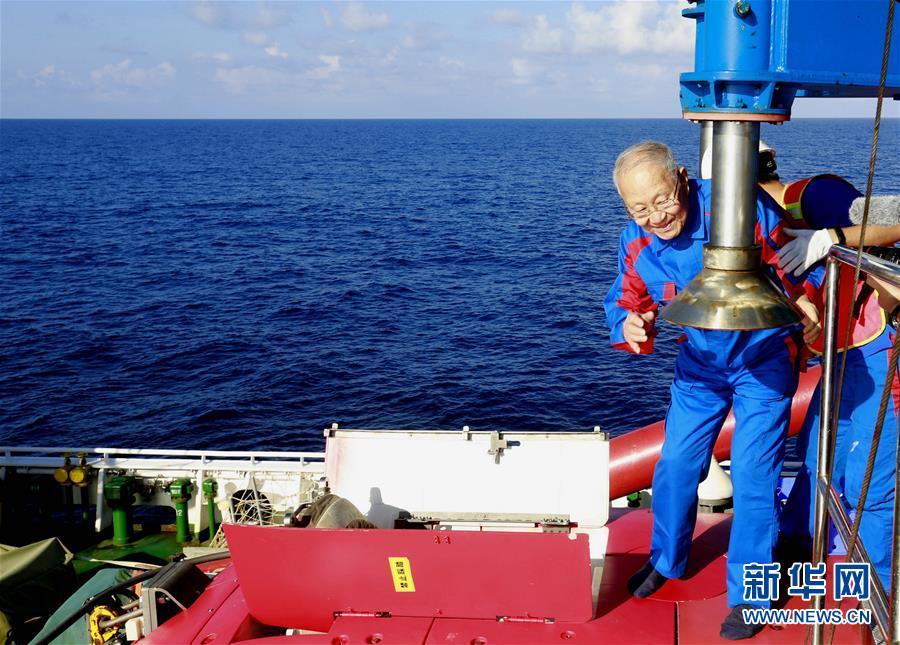 Wang Pinxian, 82, is about to enter the cabin of Shenhai Yongshi, or Deep-Sea Warrior, for a dive in the South China Sea on the exploration ship Tansuo-1 yesterday, becoming the oldest passenger of the manned submersible so far. Wang is a marine geologist from Tongji University in Shanghai and a member of the Chinese Academy of Sciences. His dive was the 67th conducted by Shenhai Yongshi, China’s second deep-sea submersible to be put into service after Jiaolong. The development of Shenhai Yongshi, which is able to reach a depth of 4,500 meters, took eight years and involved more than 90 Chinese organizations and companies. Statistically, 95 percent of the manned submersible Shenhai Yongshi is made in China, indicating that the country has made great progress in deep-sea manned submersible technology and equipment manufacturing, enabling it to research and manufacture deep-sea manned submersibles independently. The acoustic system of the submersible, which was developed by the Institute of Acoustics of the Chinese Academy of Sciences, plays an important role during the development and sea-trial of the submersible. (Photo/Xinhua)