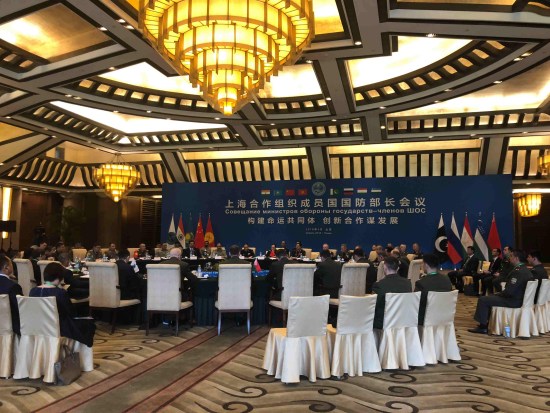 The 15th Defense Ministers' Meeting of the Shanghai Cooperation Organization (SCO) Member States was held in Beijing on Tuesday.

Defense ministers from the SCO member states participated in the event, and the defense minister of Belarus also attended as a special guest.

This is the first defense ministers’ meeting after the bloc was expanded for the first time to add India and Pakistan as full members last year.

During a group meeting with defense ministers from SCO member countries on Monday, Chinese President Xi Jinping said that China is willing to deepen pragmatic cooperation with other SCO members in defense and security so as to contribute to long-term regional stability and prosperity.