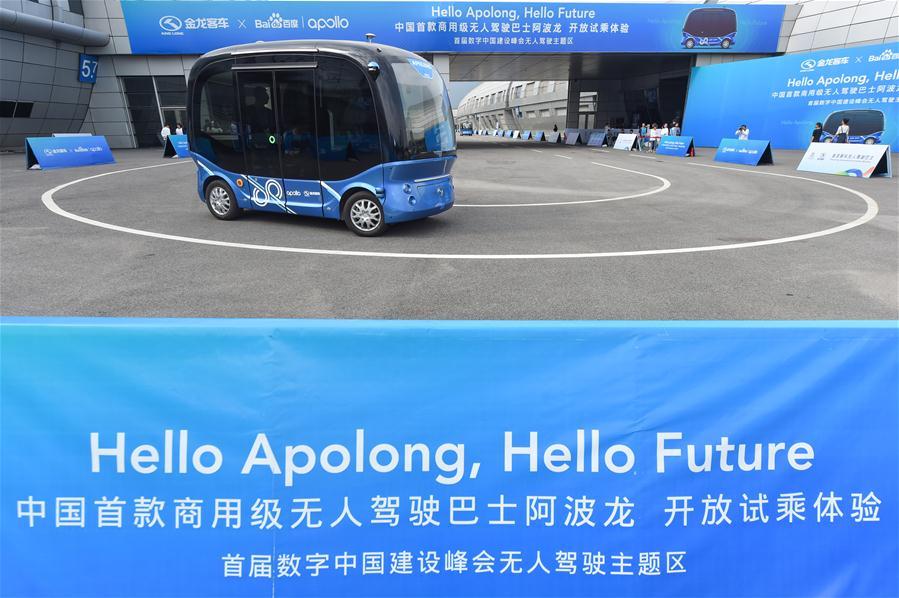 A driverless bus rides on a road near the Fuzhou Strait International Conference and Exhibition Center in Fuzhou, capital of southeast China's Fujian Province, April 21, 2018. China's first driverless bus had its debut here on Saturday, which will be open for service for public during the first Digital China Summit held from April 22 to April 24. (Xinhua/Song Weiwei)