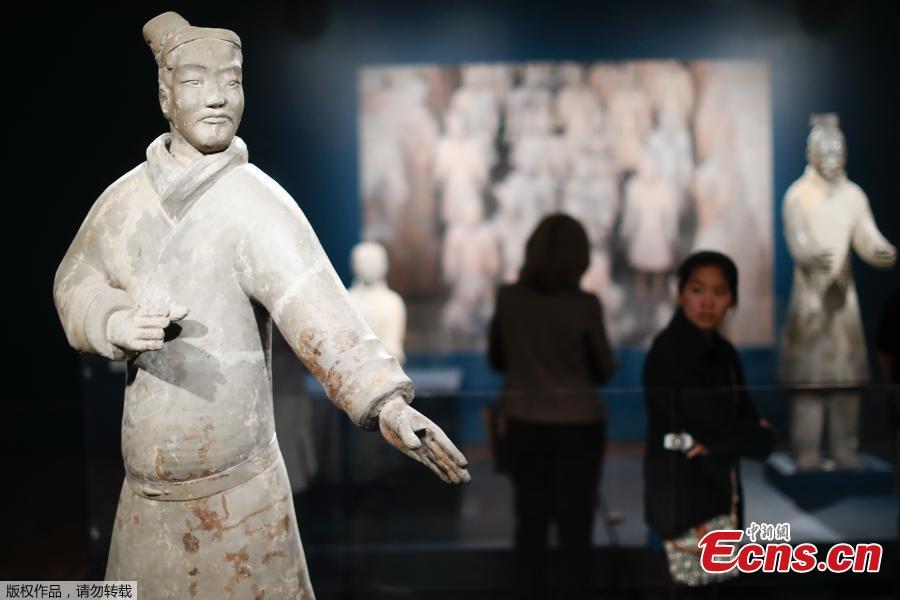 A show that highlights China’s first dynasty through ancient art excavated from the first emperor’s mausoleum ― some of which has never been seen before in the United States ― opens Friday at the Cincinnati Art Museum. Terracotta Army: Legacy of the First Emperor of China features about 120 pieces from the Qin dynasty that were loaned from 14 Chinese museums and archaeological institutes and will be on display through Aug. 12. The show was organized with the Virginia Museum of Fine Arts. (Photo/Agencies)