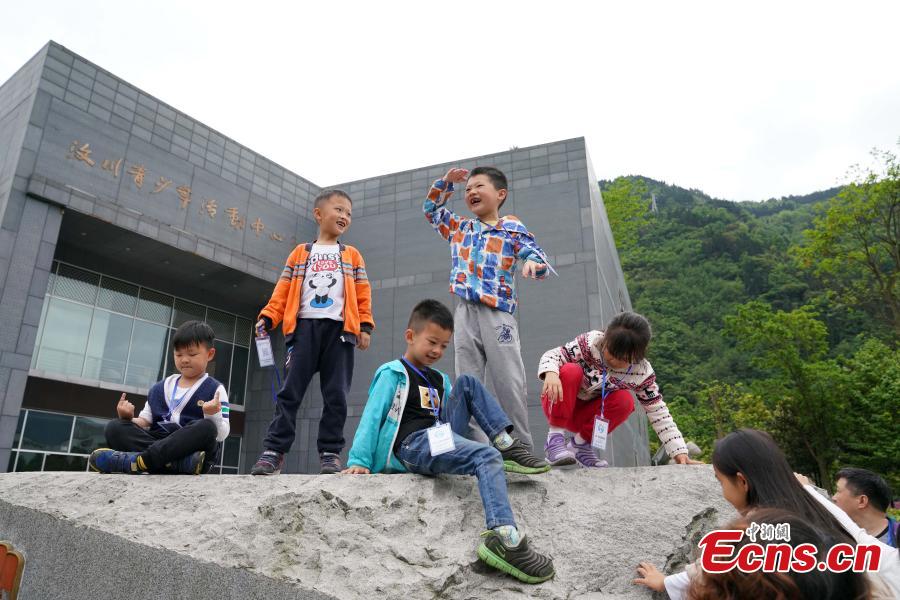 Children play in front of a community center for teenagers in Yingxiu Town, Wenchuan County, Southwest China's Sichuan Province, April 22, 2018. This year marks the tenth anniversary of the Wenchuan Earthquake, which struck on May 12, 2008. Yingxiu was one of the most hard-hit regions in the quake. (Photo: China News Service/Mao Jianjun)