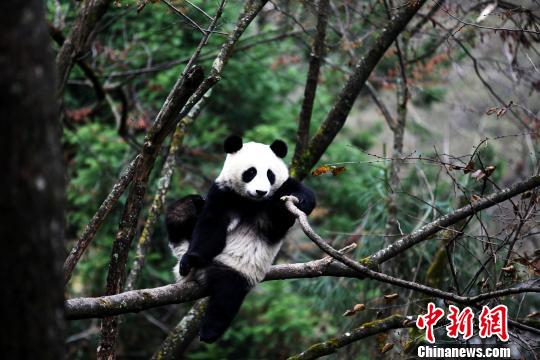 Cameras have captured images of a panda in a nature reserve in southwest China's Sichuan Province five months after it was released into the wild, the China conservation and research center for the giant panda said on Tuesday.

The pictures and video of the panda were taken at Liziping nature reserve last Friday.

Researchers identified a panda they released in Nov. 2017 named Ying Xue and found her to be in good physical condition.

Ying Xue was born in 2015 in captivity and released into Liziping in southwest China's Sichuan Province in November 2017 together with a male named Ba Xi.

The pair were equipped with radio monitors to track them and collect data on how they adapt to the natural environment.