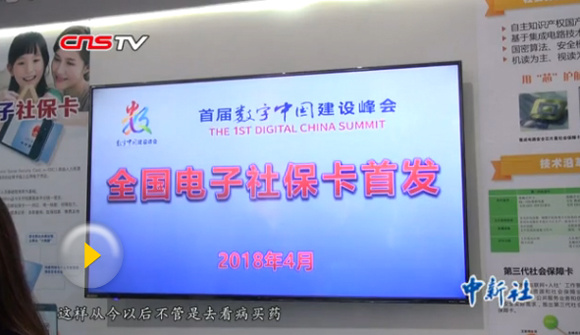 Electronic social security cards can provide a range of services, including acting as an official form of ID and information record and can be used in information queries and medical insurance settlements and payments, the information center said.

Electronic social security cards have built a trusted connection between people and the Internet by introducing several Internet security technologies such as digital certification, biometric-features recognition and artificial intelligence.

Statistics data from the first three months of the year have shown that China has 1.12 billion social security card holders, or 80.6 percent of the population. Social security cards have uses across a variety of sectors including medical insurance settlements and employment services. Their use will be expanded to other public service fields such as providing residential health services and issuing financial subsidies.