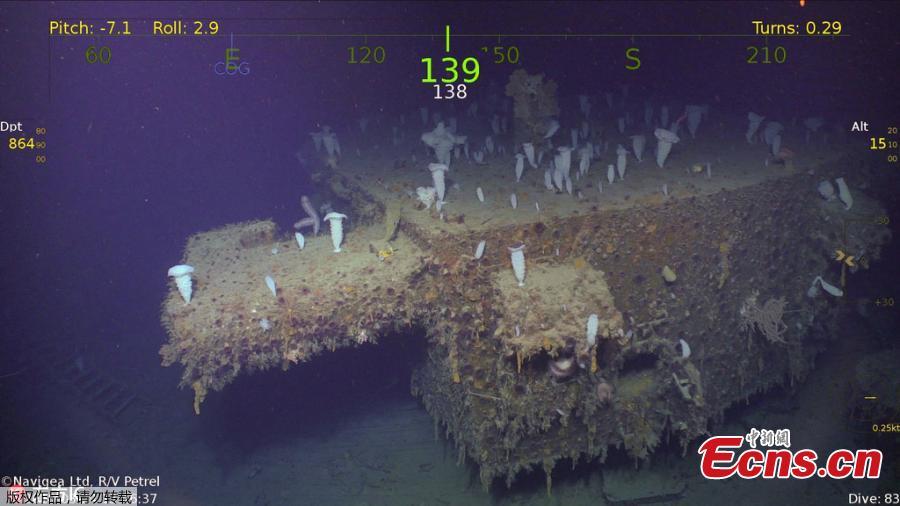 A team led by Microsoft co-founder Paul Allen has found the wreck of the USS Helena in the Pacific, almost 75 years after it was sunk by Japanese torpedoes. The World War II wreck was recently located off the Solomon Islands by crew aboard the Research Vessel (R/V) Petrel, according to a statement. The St. Louis-class cruiser was sunk by three Japanese torpedoes during the Battle of Kula Gulf in July 1943. In all, more than 730 of the Helena's crew of 900 survived the sinking. (Photo/IC)