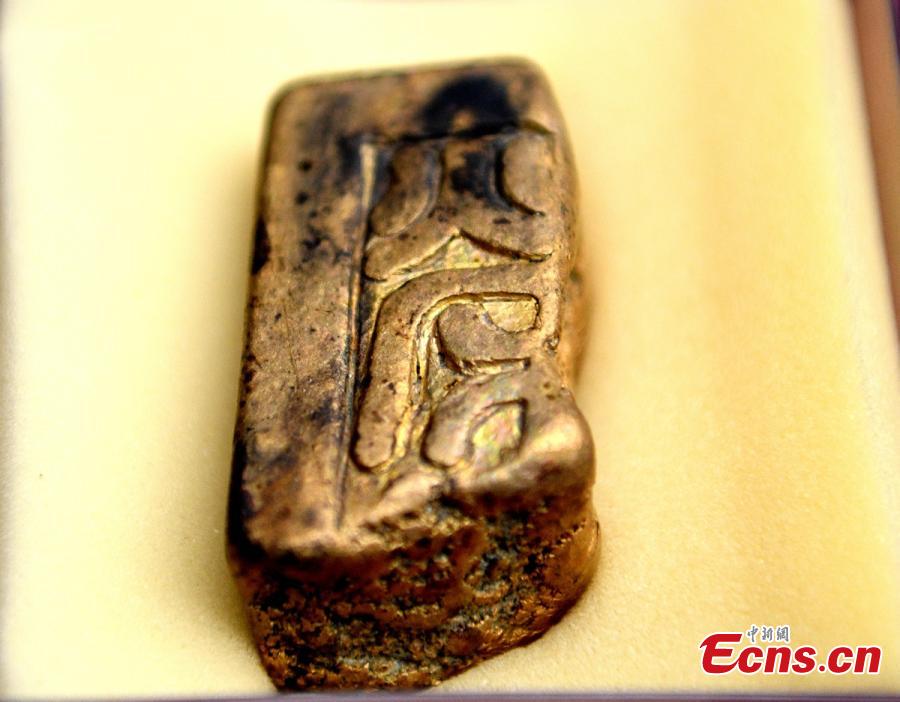 Photo taken on April 20, 2018 shows a gold ingot unearthed during an archaeological excavation at Pengshan District in Meishan City, Southwest China's Sichuan Province. More than 12,000 items that sank to the bottom of a river in Sichuan Province over 300 years ago have been recovered, archeologists said Friday. The items included a large amount of gold, silver and bronze coins and jewelry as well as iron weapons such as swords, knifes and spears. Legend had it that in 1646, peasant leader Zhang Xianzhong was defeated by Ming Dynasty (1368-1644) soldiers while attempting to transfer his large haul of treasure southward. About 1,000 boats loaded with money and assorted valuable were said to have sunk in the skirmish. (Photo: China News Service/Liu Zhongjun)