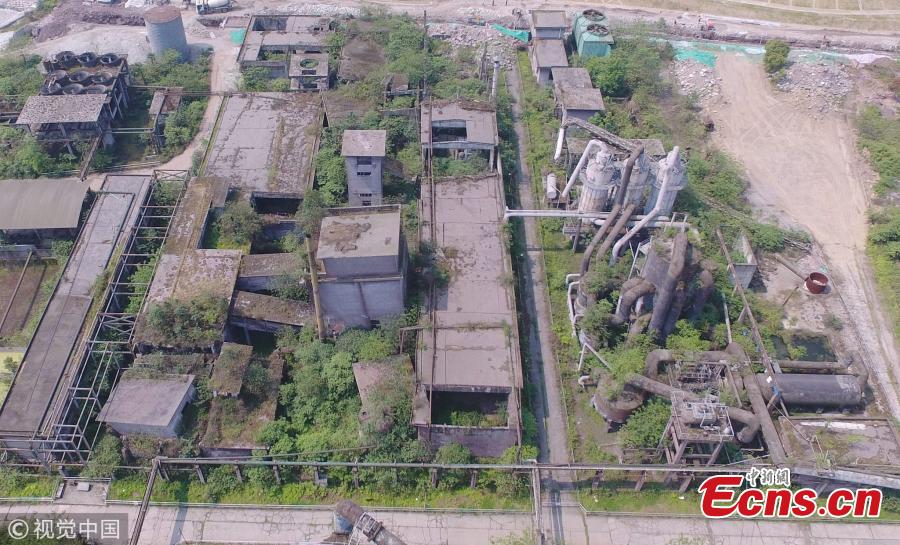 Photo taken from the air shows the ruins of a fertilizer plant in Shifang City, Southwest China's Sichuan Province, April 18, 2018. The plant was destroyed in the Wenchuan Earthquake in 2008 and has been transformed into a site to mark the disaster as well as being also used as an educational base. (Photo/VCG)