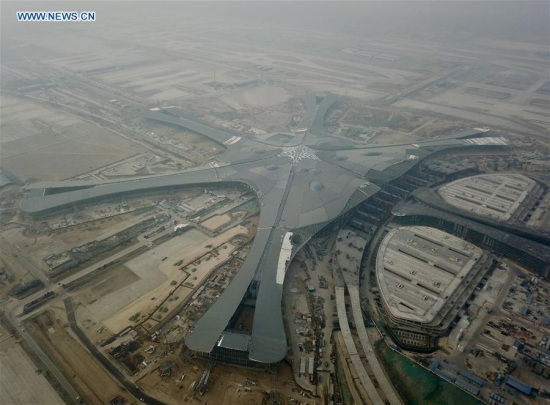 Beijing's new international airport, which will start test operations in October 2019, announced public bidding for some of the food shops and retail outlets in its terminals is now open, according to a report by Beijing Youth Daily.

The airport, having reserved an area of more than 18,000 square meters for building four themed dining areas including more than 90 shops, opened an area of 3,074 sq m for this round of bidding.

As the high price of airport dining has been a topic of concern in recent years, the airport requires enterprises participating in the bidding to sign a letter of commitment to ensure restaurants in the airport will offer food of the same quality, with the same price as what outposts with the same brand offer in the city.

According to the announcement, catering enterprises participating in the bidding should have had their business licenses registered no later than April 1, 2016. They should also have effective food licenses or port health licenses, and only operate within the scope of the licenses.

In addition, enterprises also need to submit a compliance commitment letter to promise it has no major violations of law, economic litigation or arbitration over the past two years.

The new airport, located on the border between southern Daxing district in Beijing and Langfang, a city in Hebei province, has terminal buildings covering an area of 313,000 sq m.

Designed to take pressure off the overcrowded Beijing Capital International Airport, it will have four runways and accommodate 620,000 flights per year, according to Xinhua.