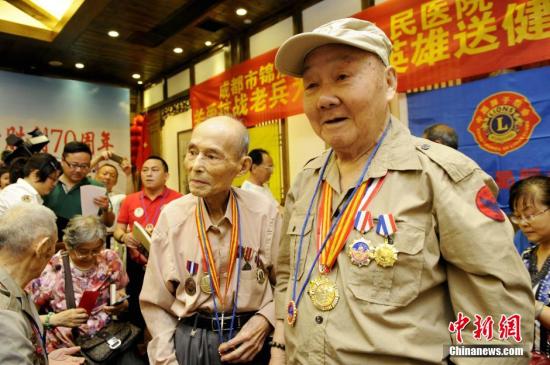 Veterans from the War of Resistance Against Japanese Invasion (1937?1945) get together. (Photo/Chinanews.com)

The Ministry of Finance and Ministry of Civil Affairs will offer the incentive to demobilized servicemen, disabled soldiers, and retired military cadres as the nation marks the 70th anniversary of the war through various activites, including a grand military parade on Sept. 3.

According to authorities, all departments concerned should support and cooperate to ensure smooth implementation of the initiative.

In addition, the Ministry of Civil Affairs will strictly regulate the allocation process and ensure that funds are ready to be distributed in an open, fair and transparent manner before September.