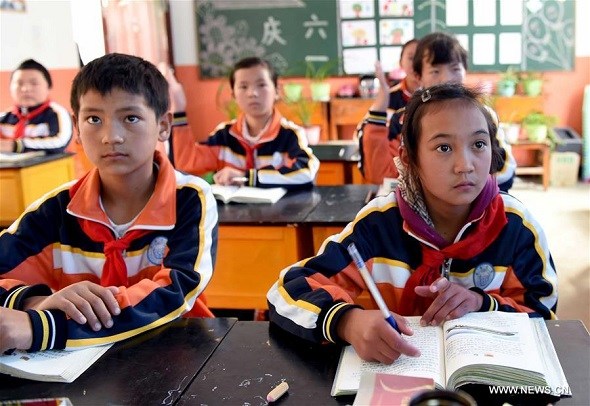 China's Ministry of Education (MOE) promised on Thursday that no students will face difficulty in attending school or drop out of school due to unreasonable geographic distribution of schools in rural areas.

A recent circular issued by the General Office of the State Council urged improved geographic distribution of schools in rural areas, including small schools with fewer than 100 teachers and students, as well as boarding schools.

Some of the small schools in rural areas are necessary to communities, while others with only a few students might be eliminated or merged, according to the circular.

"No students will be left behind, and this is the bottom line of our work," said Lyu Yugang, elementary education official with the ministry, in a press conference in Zhengzhou, capital of central China's Henan Province.

Work to improve the geographic distribution of schools must be carefully evaluated, said Lyu.

Figures from the MOE show that as of the end of 2017, China had 3.84 million children studying in small schools in rural areas.