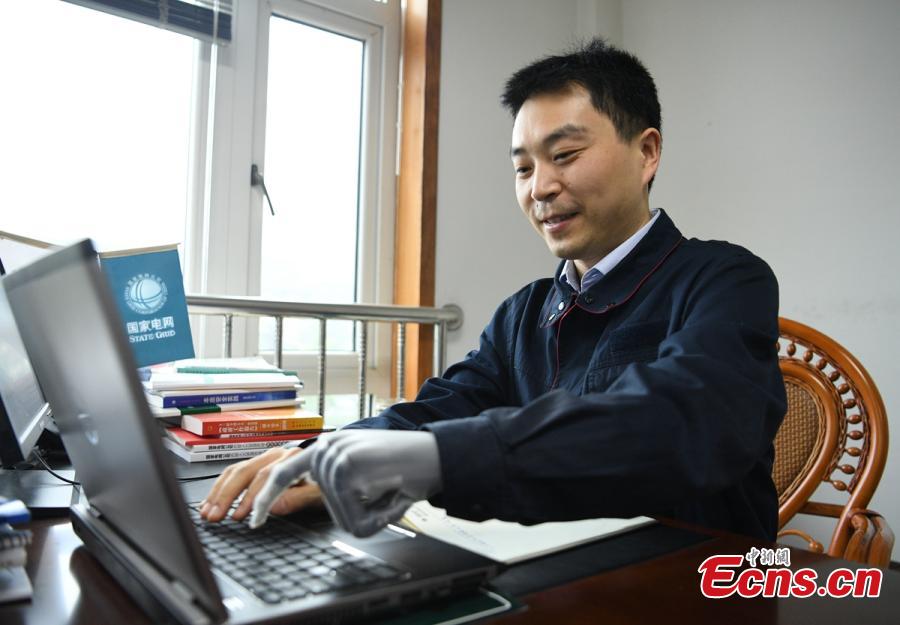 Ma Yuanjiang, 42, types on a computer with a smart prosthetic limb donated by a charity organization from Hong Kong. Ma was rescued after he was trapped for 178 hours and 22 minutes in rubble from the Wenchuan Earthquake in 2008, but he lost his left arm. He said he was lucky to survive the earthquake and he feels gratitude to those who helped him. (Photo: China News Service/Liu Zhongjun)