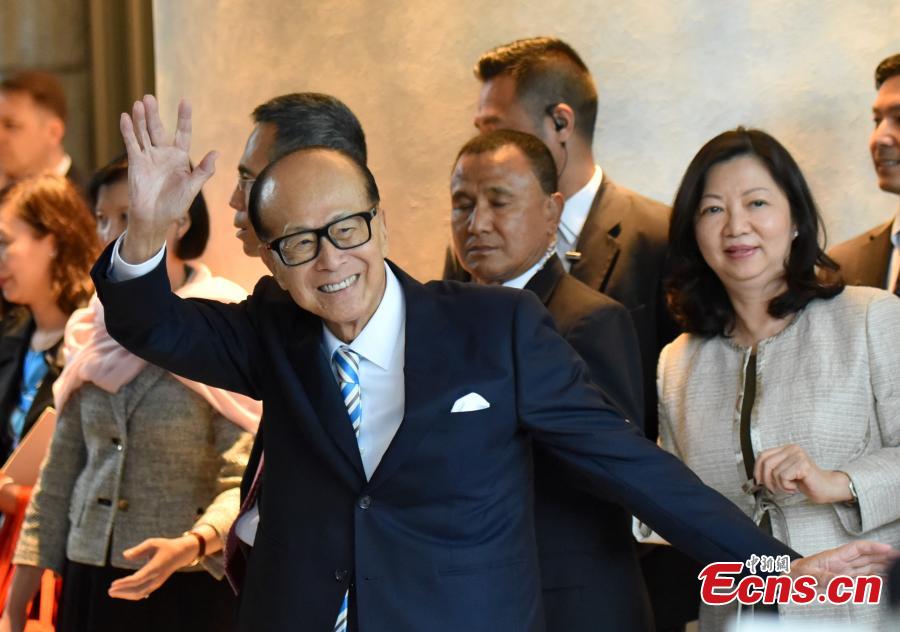 Hong Kong tycoon Li Ka-shing on Thursday officially stepped down as leader of a business empire after showing up as chairman of CK Hutchison and CK Asset at the two companies' annual general meetings. Li, who will turn 90 in July, was succeeded by his elder son, 53-year-old Victor Li Tzar Kuoi.After retirement, he will serve as a senior adviser of the companies and focus on his charity foundation which was set up in 1980. The changes are in line with his announcement made in March. (Photo: China News Service/ Zhang Wei)