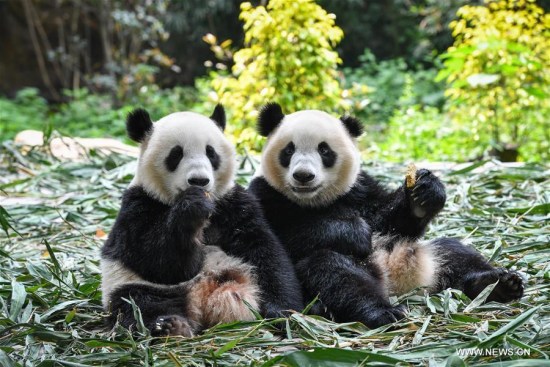 The park Saturday signed an agreement with the China Conservation and Research Center for the Giant Panda on the breeding project.

Construction of the center, which covers an area of 6 hectares, is scheduled to start this year and be finished by 2022.

Li Desheng, an expert from the China Conservation and Research Center for the Giant Panda, said there were many zoos with giant pandas across the country, but there were only a very few research and breeding centers.

Giant pandas are one of the world's most endangered species and live mainly in the northern mountains of Sichuan Province as well as in southern Gansu and Shaanxi provinces.