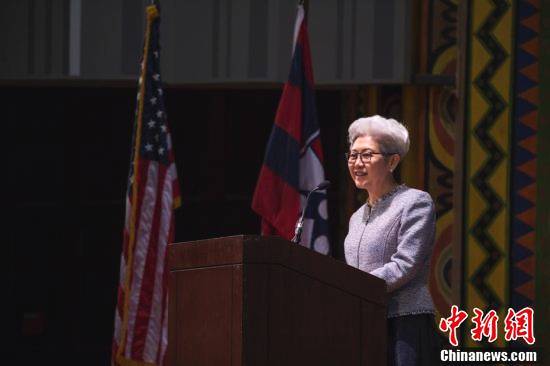 As China moves closer to the center of the world stage, a "new script" that goes far above and beyond the old game of power politics is needed, a Chinese legislator and former diplomat said on Saturday.

Fu Ying, vice chairperson of the Foreign Affairs Committee of the National People's Congress (NPC), China's top legislature, made the remarks when addressing the 2018 Penn Wharton China Summit at the University of Pennsylvania in the United States.

Fu, former vice foreign minister of China, called on the US to move away from the traditional mindset of power politics and focus on cooperation between the two countries.

As US President Donald Trump defines China as a strategic competitor and threatens tough trade measures, Fu acknowledged that China's rapid economic development and political influence is starting to worry a growing number of Americans.

Nevertheless, she said the Chinese people are not "feeling the gravitational force of the 'Thucydides Trap'" with the US.

"With a sense of equanimity, we are convinced that China-US cooperation is in the fundamental interests of both our two countries and conducive to world peace and development," Fu said.

China, still a developing country, is committed to further reform and opening-up while focusing on domestic development, she noted.

The challenge for China is to find its proper role on the world stage as a major power, she added, stressing that the country must learn how to explain its ideas and intentions to the world in a convincing way.

The veteran diplomat described the blueprint of "building of community of shared future for mankind" ? proposed by Chinese President Xi Jinping ? as a better choice for the 21st century.