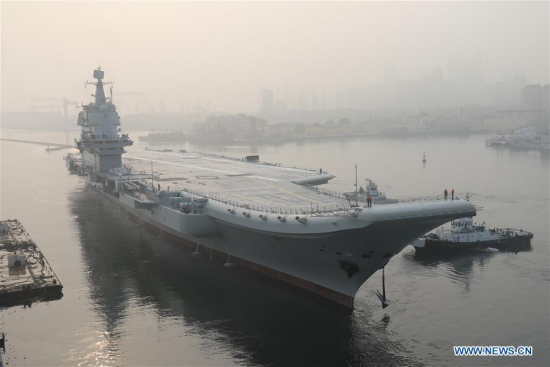 China's first domestically-built aircraft carrier has concluded its maiden sea trial on Friday, and is returning to Dalian Shipyard in northeast China's Liaoning Province, according to reports by Xinhua.

The five-day sea trial, starting from May 13, tested the carrier’s equipment, and has achieved the desired aim.

It is also China's second aircraft carrier after the Liaoning, a refitted Soviet Union-made carrier put into commission in the Chinese People's Liberation Army (PLA) Navy in 2012.