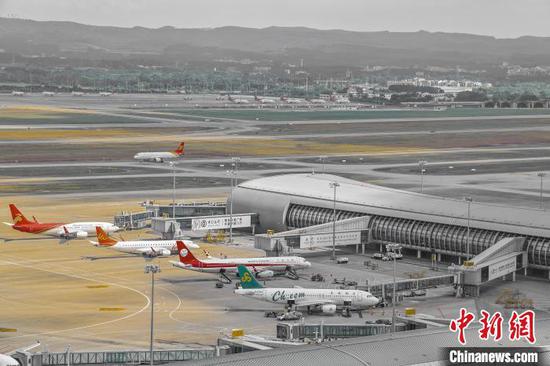 As the nearest provincial capital of China to ASEAN, Nanning has built a regional comprehensive transportation network for ASEAN countries.

Nanning Wuxu International Airport plans to resume flights to Singapore, Indonesia, and other ASEAN countries this winter and increase flights to Phnom Penh, Bangkok, and other destinations.

The airport also plans to fly 435 domestic and international passenger and cargo flights per day, an increase of 35 flights or 8.8 percent compared with the summer of 2022.

A total of 36 domestic and foreign airlines plan to operate 145 passenger and freight routes involving Nanning, including 15 international and regional routes.

A circular on further optimizing the COVID-19 response, which includes 20 measures released by the State Council joint prevention and control mechanism against COVID-19, has canceled the circuit breaker mechanism for inbound flights, which will promote the recovery of international traffic.