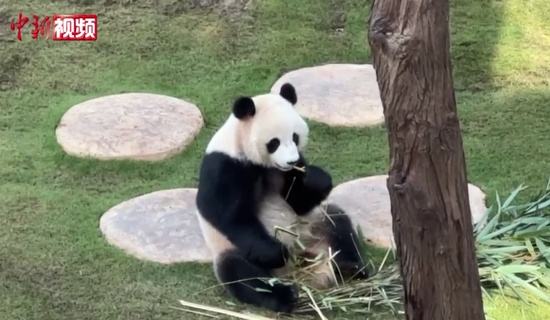 (ECNS) -- Two giant pandas Jing Jing and Si Hai from China made their first public appearance on Thursday at the Panda House at Al Khor Park in Doha ahead of the FIFA World Cup Qatar 2022.

They arrived in Qatar on October 19 and went through a 21-day quarantine before meeting the public.

The two pandas were given two Arab names, Suhail for Jing Jing and Soraya for Si Hai respectively, which means two stars that symbolize auspicious, noble and infinite value.

As the first two pandas that have visited Middle East, Jing Jing and Si Hai will stay in Qatar in the next 15 years according to the agreement signed by the two sides.