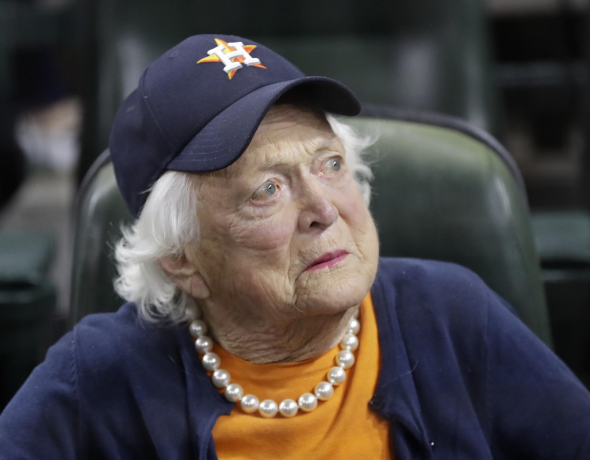 The former first lady will "focus on comfort care," Bush family spokesman Jim McGrath said in a statement, adding that her decision was made after "consulting her family and doctors."

The statement did not indicate the nature of Bush's illness but her family has said that she has been hospitalized several times in Houston, Texas, over the past year to be treated for chronic pulmonary disease and congestive heart failure.

Bush served as the country's first lady from 1989 to 1993, but also known for her work to promote literacy and reading. She is also the mother of Jeb Bush, the former governor of Florida who ran for the U.S. president in 2016.

Bush and her husband celebrated their 73rd wedding anniversary on January 6.

She is the only woman to see her husband and son sworn in as U.S. president. Abigail Adams, the wife of John Adams, the nation's second president, died before her son John Quincy Adams was elected president in 1824.