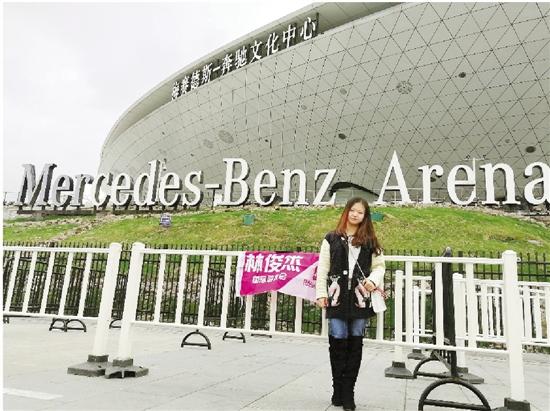 (ECNS) - A postgraduate at Zhejiang University School of Medicine caught the attention of social media for expressing thanks to Singaporean singer JJ Lin in her first paper in a science journal indexed in SCI.

Hu Jianghua, a second-year student at the school, wrote she "especially wishes to thank JJ Lin, whose songs have given her powerful spiritual support over the past decade" in acknowledgements section of her paper published on Oxidative Medicine and Cellular Longevity.

Yu Yibo, supervisor of Hu and also co-author of the paper, said it was written in English and needs to meet certain quality standards and pass expert reviews before publication.

Hu said she added the singer's name on the paper without letting her supervisor know first. After finding the alteration, Yu said he is totally behind Hu to have spiritual support of her own.

Not content with the one-sentence thank you in a science journal, Hu also wrote a carefully-crafted, emotionally parallel sentence on her Sina Weibo that said she will dedicate herself to academic studies as a show of thanks to the singer.

Hu, born in 1991, said she happened to listen to Lin's music when she was a second-year middle school student in 2005 and formed a habit of studying while listening to Lin's songs. Hu also said she failed in her first try to apply for a master's degree program in 2015 but picked up the courage again after watching Lin's concerts and realizing the singer's dedication to music.

An informal survey by Tongji University Postgraduate Association said all 80 students first expressed thanks to their supervisor in their graduation theses. In 2016, a graduate from Nanjing University of Chinese Medicine proposed to his girlfriend in the acknowledgement section. In a master's thesis, a student from Central China Normal University said his ex-girlfriend was the reason for him striving in academic progress.