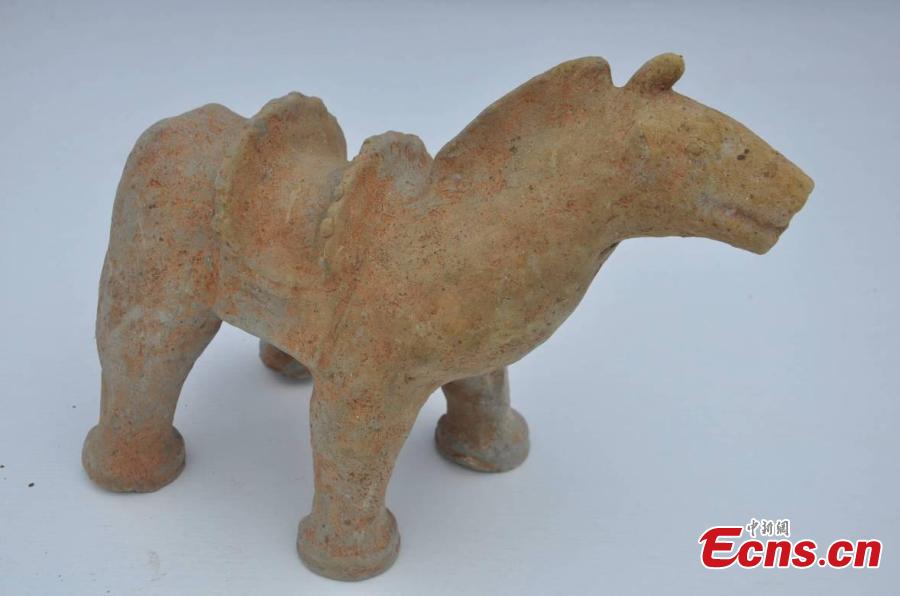 A relic found at a tomb of the Cheng Han kingdom (304 347) on a cliff in Shili Village in Jintang County, Southwest China's Sichuan Province. More than 20 of 90 cliff tombs found in the village are thought to have been built during the Cheng Han kingdom, a state of the Sixteen Kingdoms during the Jin Dynasty (265-420) in China, according to an announcement made by Chengdu's archaeology institute on Monday. The eight-month-long excavations have uncovered more than 400 relics, including pottery, bronze and silver items. (Photo: China News Service/Zhong Xin)