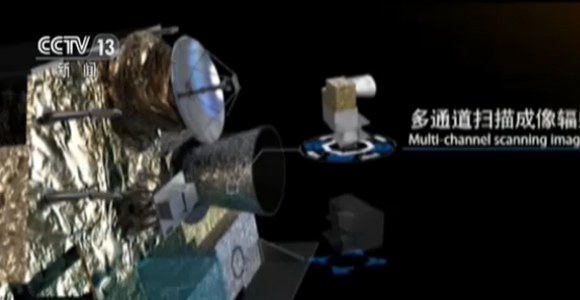 (ECNS) - Fengyun-4A, the first of China's second-generation geostationary orbiting weather satellites, has begun serving users in China and across the Asia Pacific region from Tuesday, according to the China Meteorological Administration.

The administration said China's weather and climate service has also upgraded from the previous Fengyun-2 geostationary meteorological satellite series to the new one. Fengyun-4A is enabled with vertical atmospheric sounding and microwave detection capabilities to address 3D remote sensing at geostationary altitudes.

Compared with Fengyun-2, the new satellite has been considerably improved in terms of data capacity, network transmission bandwidth, product type and quantity, and data archiving and applications.

During stage one, Fengyun-4A is able to supply data on 23 variables, including information on atmosphere, clouds, sand, rainfall, radiation and light, that will aid weather forecast and disaster warning.

Zhang Zhiqing, chief engineer of the satellite's ground application system, said it can provide comprehensive data to users across the Asia Pacific, and helps with weather forecasting in countries and regions along the One Belt and One Road initiative.

The satellite was launched from Xichang Satellite Launch Center in Southwest China's Sichuan Province on Dec. 11, 2016. The China Meteorological Administration also reported the progress of Fengyun-4A to the World Meteorological Organization on Monday, with a plan to distribute data through the WMO to global users.