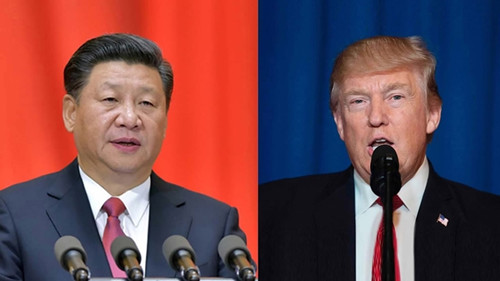 Beijing and Washington should maintain communication between their working teams as they try to find ways to tackle their issues and achieve win-win outcomes, President Xi Jinping told U.S. President Donald Trump in a phone conversation on Tuesday.

Xi mentioned the consultation on economic and trade issues last week in Beijing involving senior officials from both countries, and he called the talk frank, highly efficient and constructive.

Cooperation on economy and trade has always been a stabilizer of and impetus for the China-U.S. relationship, Xi said.

Trump said the U.S. is ready to work with China, reinforce pragmatic cooperation in various fields, tackle their economic and trade issues, achieve greater progress of the relationship and benefit their people.

Xi said ties with the United States are at an important stage, and he values developing relations with the U.S. and cherishes his good working relationship with Trump.

It is hoped the two sides effectively translate into actions the consensus reached by the two leaders during talks in Beijing, and maintain exchanges at all levels, Xi said.

The two sides should also mutually respect each other, work on mutual benefits, focus on cooperation, manage and control differences and achieve a healthy, stable development of their ties, Xi said.

Trump said the U.S. finds its ties with China to be important and he looks forward to maintaining close contact with Xi.

It is hoped the U.S. and the Democratic People's Republic of Korea could meet halfway, build mutual trust, take actions step by step, and address concerns of each other through meetings and consultations, Xi said.

The DPRK's reasonable concerns should be considered, and the two sides should jointly promote the political settlement process of the peninsula issue, Xi added.

Trump said the U.S. values China's position on the peninsula issue, appreciates China's important role in it and is ready to boost contacts and coordination with China and jointly push for resolving the issue through negotiation and consultation.

Also on Tuesday, China said that resolving differences through equal consultation with the U.S. conforms to the common interests of both countries and the world, the Ministry of Foreign Affairs said.

The ministry's comment came after White House Press Secretary Sarah Sanders said on Monday that the two countries will continue their trade talks next week in Washington to seek a solution that will be "great for everybody".

Sanders said that China's top economic adviser and the vice-premier will travel to Washington next week to continue the discussion with U.S. negotiators. While she did not name the person, it is believed she was referring to Liu He, a vice-premier and member of the Political Bureau of the Communist Party of China Central Committee.

The White House's statement expresses the desire of the U.S. to reach a consensus with China on economic and trade issues. This is a positive signal, Foreign Ministry spokesman Geng Shuang said at a news briefing.

"It is wise to cut China-U.S. trade friction through work mechanisms and for dialogue channels to solve the remaining disputes in the future, as it is helpful to maximize common interests and avoid friction," said Song Guoyou, deputy director of Fudan University's Center for American studies.

Trade between China and the U.S. rose 5.9 percent year-on-year to 1.24 trillion yuan in the first four months of this year, accounting for 13.6 percent of China's total trade, data from the General Administration of Customs showed on Tuesday.

Trade experts said trade between China and the U.S. would continue to see a significant jump in the second quarter, as traders take precautions.

"Companies and agricultural product growers are acutely aware that once they lose an export market it won't come back in a short period. It often takes many years for trading relationships to recover."

Amid domestic and overseas opposition, the Trump administration threatened to slap additional duties on $100 billion worth of Chinese goods in April, after proposing steep tariffs on Chinese imports worth $50 billion in late March. China responded with proposed tariffs on $50 billion in U.S. products.