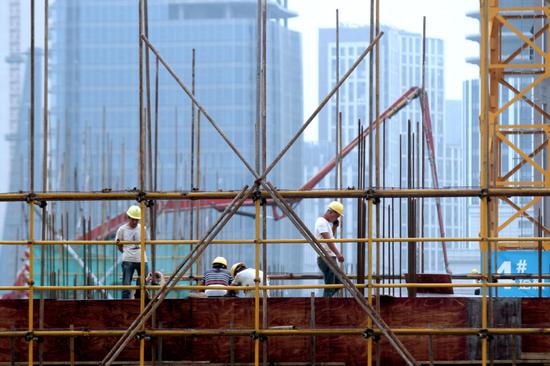 China is expected to come out with new regulations on foreign debt issuance, including curbs and blacklisting of companies with inappropriate borrowing demands, according to officials familiar with the matter, who did not want to be named.

"Future guidelines, with details of debt approval procedures and penalties for market participants violating rules, are expected to plug financing loopholes and ward off potential risks," said an official with the National Development and Reform Commission. He said that the current rules seek to just warn violators, rather than taking any action like blacklisting.

The new guidelines are part of the government's broader efforts to extend supervision to all phases of overseas financing and outbound investment, according to the official.

In an online announcement on Wednesday, the commission reaffirmed earlier requirements that companies planning to issue medium to long-term foreign debt need to register with the regulator and indicate the need and usage of the borrowing.

Foreign debt issuance with a tenor of less than 365 days does not need to be approved by the NDRC, according to earlier guidelines.

Foreign debt has long been a favorite channel for Chinese companies to satiate their financing demands. But massive expansion of debt issuance, in particular by companies in the real estate sector and local government financing vehicles, triggered fast expansion in the past two years, raising government concerns about possible defaults.

The government will strengthen the regulations for foreign debt approval as some debt issuers have issued large amounts of debt, far in excess of their repayment capacity, according to the online announcement.

Keeping a closer eye on debt issuance makes sense as possible future defaults might put higher pressure on financial stability due to the large amount of debt expected to mature in the domestic market during the second half of the year, according to Su Li, chief bond analyst with Beijing-based Golden Credit Rating Co.

Regulators including the Ministry of Housing and Urban Rural Development have come out with policies that seek to curb the speculative behavior of property developers and real estate agencies in 30 cities.