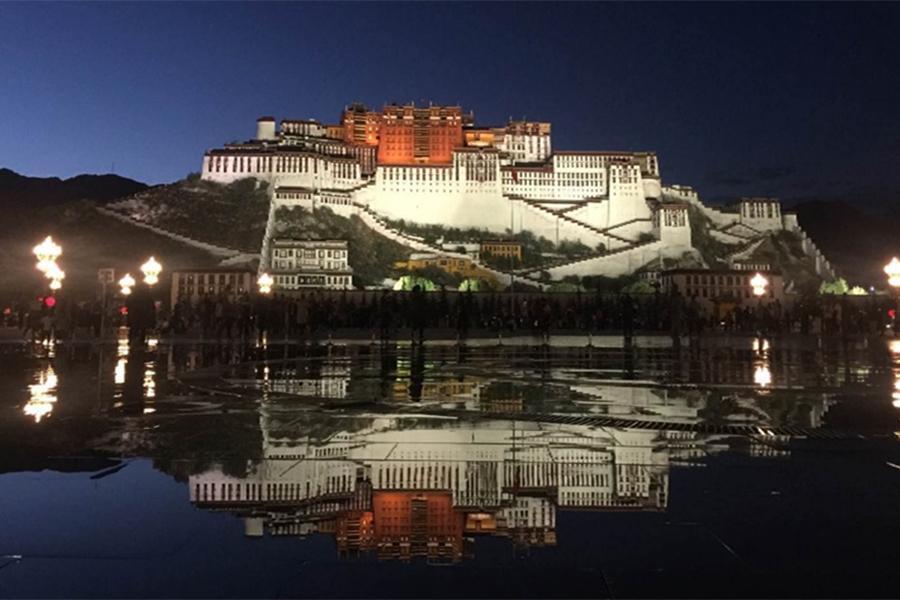 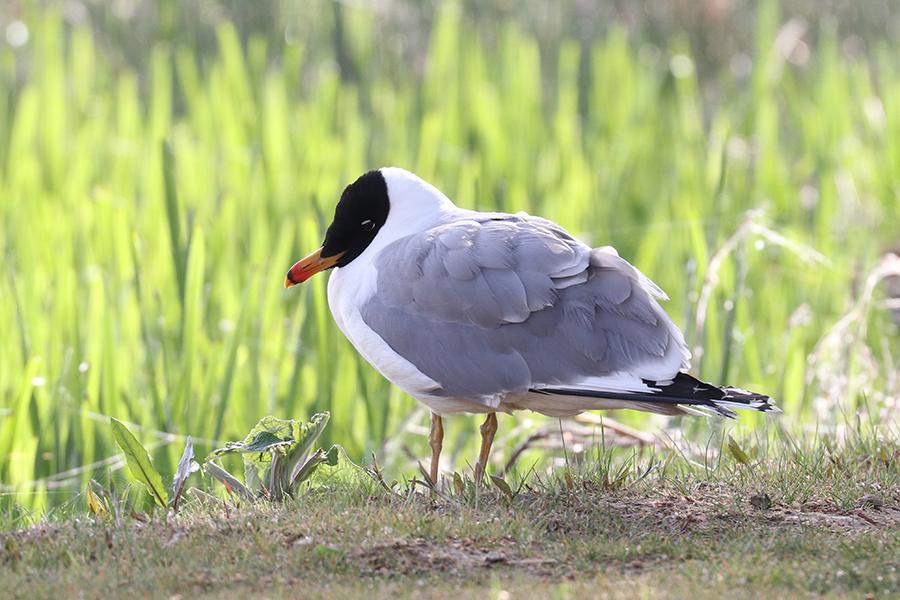 In order to protect the Lhasa's "green lung", the central and the local governments have invested 193 million yuan in phase 1 and phase 2 projects, including river cleaning and recovering desertified land. Now, phase 3 has been launched. 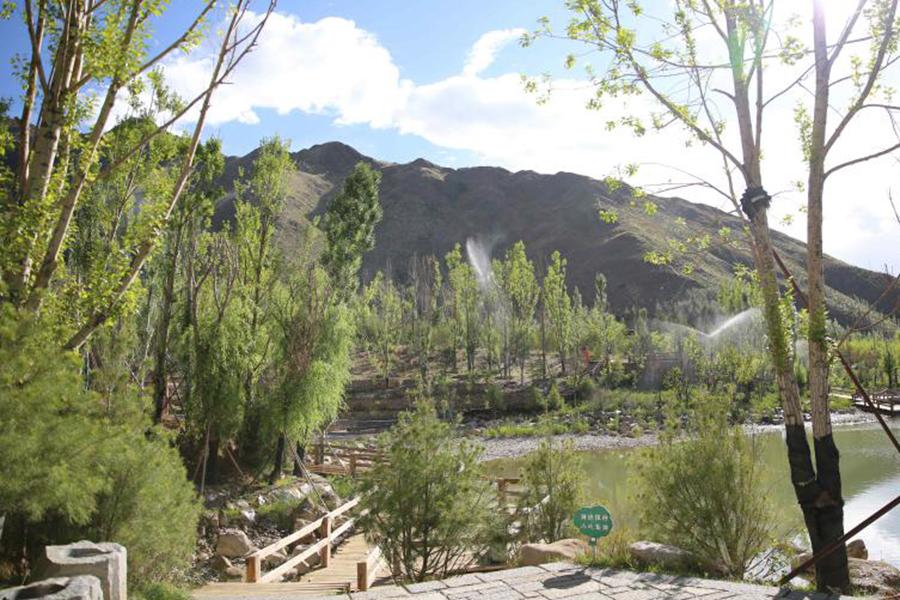 Planting trees on mountains in Tibet is hard because of its dry climate, poor soil, strong winds and big temperature difference between day and night.

However, the local people succeeded to plant trees on Nanshan mountain and Beishan mountain with an average elevation of between 3,650 meters and 4,050 meters, and the average gradient on 60 degrees.

The program of tree planting on mountains around Lhasa started in 2012, and the city has greened its Nanshan mountain and Beishan mountain totaling 4,573 mu now. 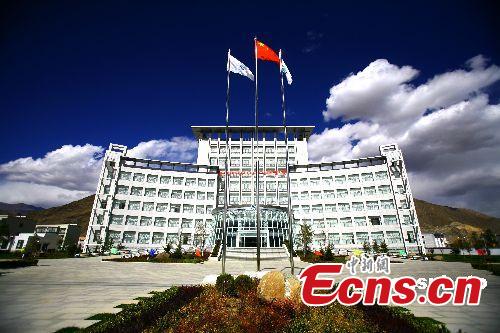 As the city's growth engine, the Lhasa Economic and Technological Development Zone contributed more than 7 billion yuan to Lhasa's GDP, increasing 10.3 percent from a year earlier.

By the end of this year, Tibet's first free trade zone in Lhasa will start running, with aim to blend into the Belt and Road Initiative, and Bangladesh-China-India-Myanmar Economic Corridor, or BCIM.

Moreover, the free trade zone will also drive the local economic transition, and increase its attraction to other cities. 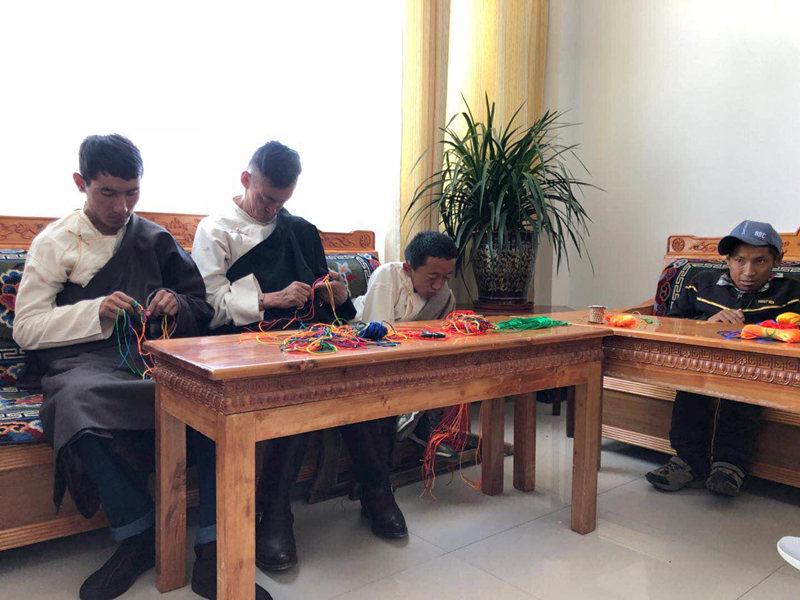 People with disabilities weave Tibetan knot at a welfare center in Lhasa, Tibet autonomous region, June 20, 2018. By making some handicrafts, these people can earn money to support their families. (Photo provided to chinadaily.com.cn)

On the plateau with average elevation over 3,500 meters, a welfare center for the disabled provides dignified lives.

The center, which opened at Dagze county in 2015, can support 100 people with disabilities to live, undergo rehabilitative training, and enjoy entertainment avenues.

Currently, 18 people with disabilities are living in the center, and they are also taught some skills such as literacy, planting and hand knitting by teachers hired by the center.

Around Lhasa, there are many vegetable plantations and dairy factories which combine plateau's natural resources with modern high-tech.

The center is also a popular base to show scientific farming to visitors. 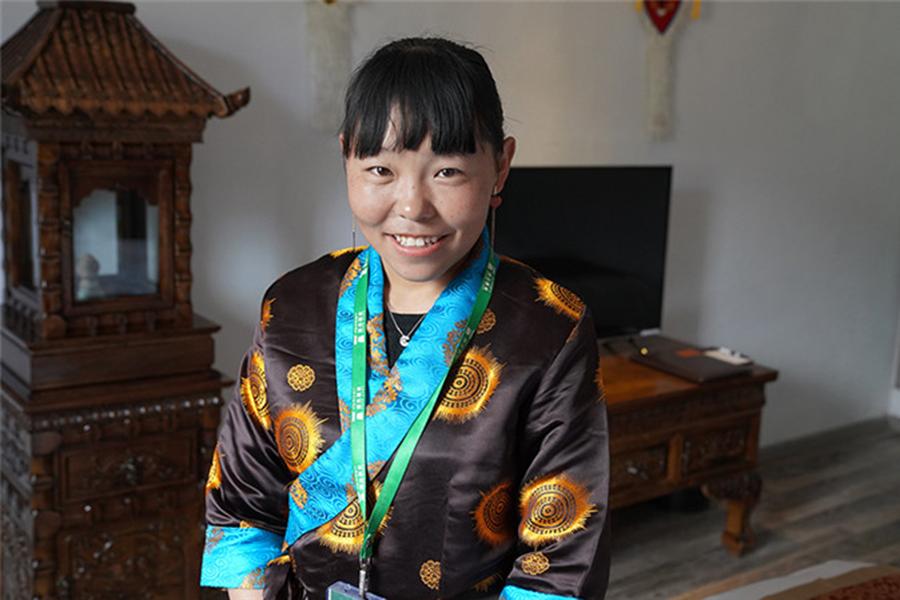 Lhasa is also a tourist city with more than 16 million tourists visiting every year and generating 22.7 billion yuan in income last year.

Some Tibetan people are taking advantage to start homestay business.

Now, people living in Boma, a relocation village that aims lift people from poverty, are building projects for tourists in Tibetan style. 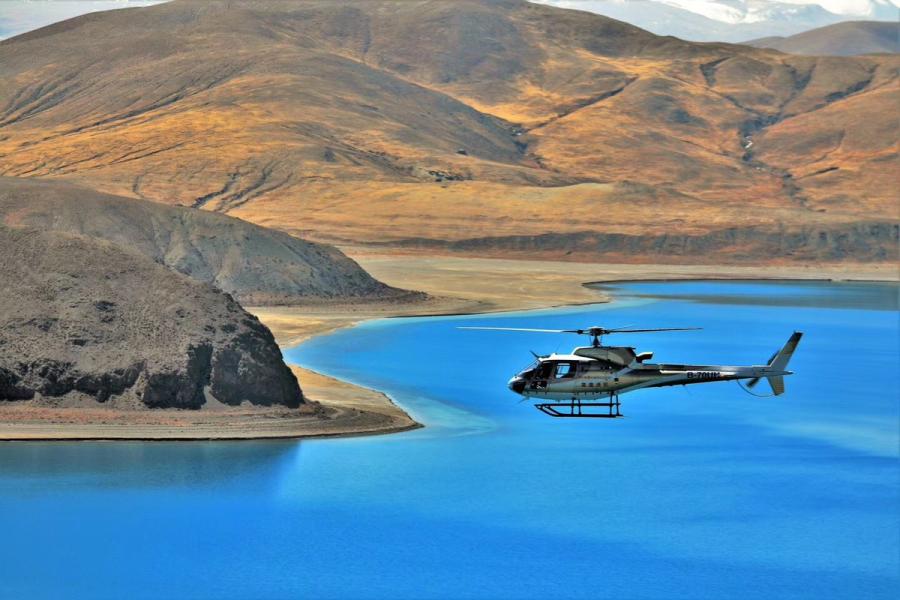 Tibet has a fascinating landscape, but visitors cannot easily reach there because of long distance between scenic spots and other spots, as well as high mountains. Therefore, visitors needed to drive for a long time.

But now, they can fly on helicopters to enjoy the beautiful scenery.

By taking helicopter, visitors can save three or four hours from Lhasa to Nam Co Lake. 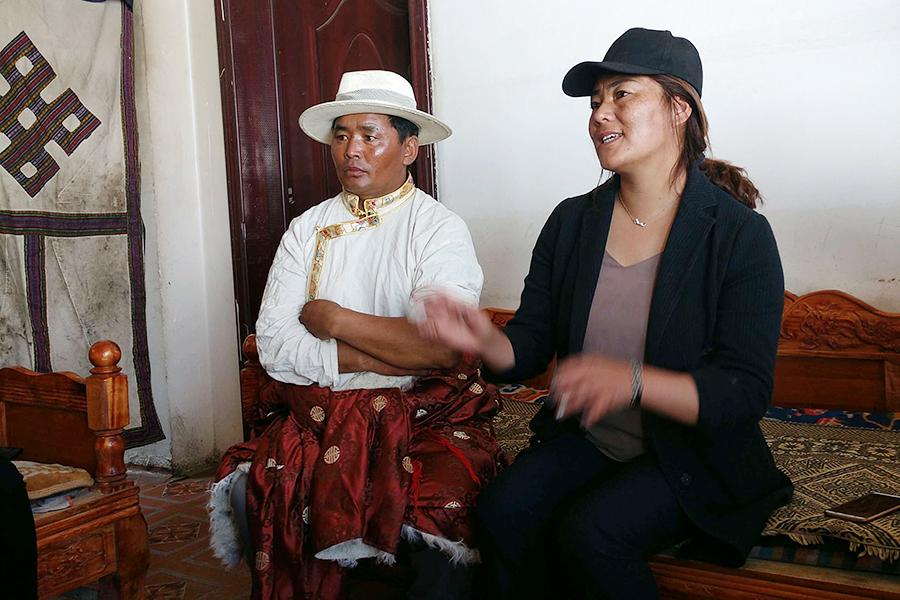 A relocated herdsman (left) lives in Caiqutang village at Damshung county, Lhasa, Tibet autonomous region, June 24, 2018. Before the herdsman moved to new home, his family's income from stocking yaks was 40,000 yuan per year. Because he suffers from rheumatism, his family was trapped in poverty. Now, the family is seeing better times after relocating. The man and his son work at the set's breeding farm, and also stock yaks at their own farm. The family's income has doubled. (Photo/chinadaily.com.cn)

Caiqutang village, two kilometers from Yangbajing town, is a new relocation site that aims to ease life of poor herdsmen and herdswomen.

The village has rich geothermal resources. Currently, every villager's home has channels to transport hot spring water that can ease some villagers' pain caused by rheumatism.

Currently, the wetland has recorded 332 species of plants, 43 species of terrestrial wild animals, 152 species of aquatic wild animals, and 101 species of insects, and birds including tadorna ferrugineas, bar-headed goose, and lark also inhabit in the place in winter.)) ?>"/>