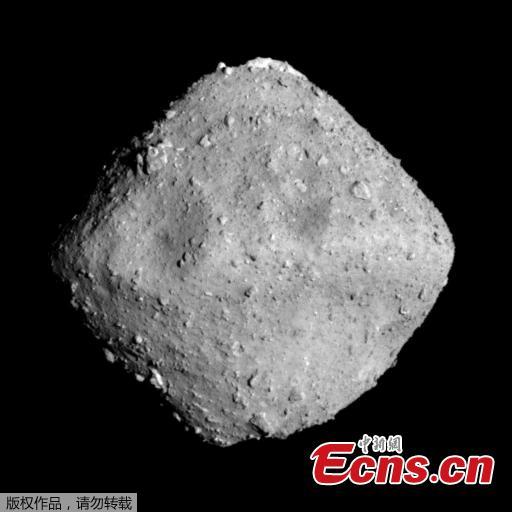 The Japanese spacecraft Hayabusa2 has successfully reached Ryugu, beginning an 18-month stay at the diamond-shaped asteroid.

Launched by the Japan Aerospace Exploration Agency, JAXA, in 2014, the probe will deploy a small lander and three rovers to the asteroid.

The asteroid is photographed by the ONC-T which is equipped on Hayabusa 2 probe after a journey of around 3.2 billion km since launch, in outer space 280 million km from the Earth, on June 24, 2018. (Photo/Agencies)