Belt and Road Initiative has proved its worth 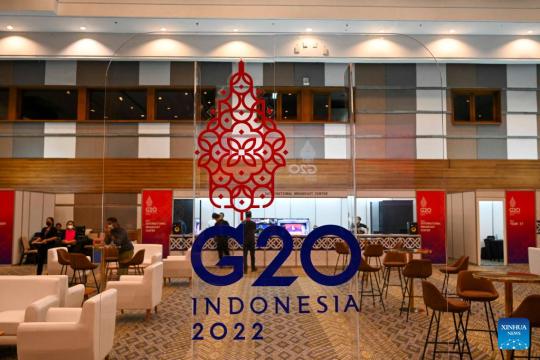 While the G20 Summit was being held in Bali, Indonesia, on Tuesday and Wednesday, the Jakarta-Bandung High-Speed Railway began its first trial operation.

The 142.3-kilometer high-speed railway built by Chinese companies connects the Indonesian capital with the country's fourth-largest city. It is scheduled to open in the middle of next year. It will be the first modern high-speed railway to be put into operation in Southeast Asia, and also the first high-speed railway project under the framework of the Belt and Road Initiative that China has completed overseas.

Notably, among the participants at the summit were some Western leaders who have never stopped criticizing and smearing the Belt and Road Initiative as a geopolitical tool of China. They turn a blind eye to the nature of the initiative as a public good intended to enhance connectivity and promote common development.

More than 150 countries, regions and international organizations are now participating in the initiative, including some developed economies.

The tangible benefits Indonesia has already reaped from the high-speed railway project, mainly in the form of jobs and the cultivation of talent, and which it will continue to reap from the large-scale infrastructure project by no means originate from it compromising its national interests or sacrificing its strategic autonomy to China.

China has never knotted any political strings to its Belt and Road projects, which are always open to all third-party countries as well.

The success of the G20 Summit hosted by Indonesia against the backdrop of an increasingly divided world, thanks to the rise of unilateralism in some Western countries, speaks volumes of the increasingly important role the largest Southeast Asian country is assuming by maintaining a good balance between major countries.

That is a good example showing how a country can have close economic and trade cooperation with China, and maintain harmonious and productive relations with those China-bashing countries at the same time. Even if the latter have never ceased to try and drive a wedge between it and China, and have never been truly dedicated to providing investment, talents or technologies to help it break bottlenecks in its development.

The G7 club unveiled a $600-billion Partnership for Global Infrastructure and Investment, and the United States launched its Build Back Better World initiative worth trillions of dollars almost at the same time last year to counter the "influence" of the Belt and Road Initiative. Yet these expensive geopolitical brainchildren have not yet left the desks where they were inked by armchair strategists, while the Belt and Road Initiative keeps delivering benefits to the world with one down-to-earth project after another.